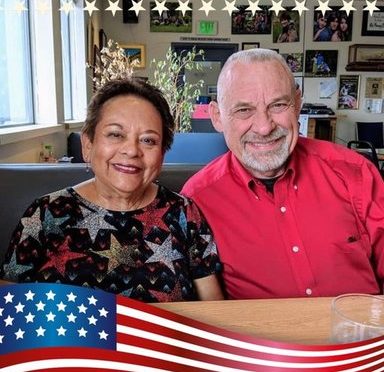 Galen was preceded in death by his parents George and Violet Norsworthy. Galen is survived by his brother Lauren Norsworthy, his beloved and cherished wife of 48 years, Lita Norsworthy, his strong and beautiful daughters, Katrina Otten and Alicia Vorhees, his sons-in-law, Adam and Matt, and his nine wonderful grandchildren: Isaiah, Caleb, Elliana, Wesley, Evan, Jada, Abigail, and recent arrivals, Grayson and Hudson. Galen was a proud Papa!

Growing up in a minister’s home, Galen mastered the art of being a pastor’s kid by day and running the streets of San Francisco by night. That all changed when Galen joined the military. In 1968, Galen enlisted in the Navy and served in the Vietnam War. God used that experience to get Galen’s attention and solidify his faith in Jesus Christ.

Upon his return, Galen attended Azuza Pacific University, where he met his would-be wife, Lita. While working on his degree, Galen was introduced to a depth of Bible teaching that would forever change his life. From that point on, Galen was relentless in exercising his clear gift for handling and communicating God’s Word. Everywhere Galen taught the Bible, people gravitated toward his wealth of knowledge and his passion for knowing and applying Scripture.

This led to a church plant in Santa Cruz, California, and one of the parishioners took a particular interest in him, and on January 22, 1972, Lita married her pastor. However, Galen sensed a need for deeper Bible training, which eventually led their path to Houston, Texas. It was there that Galen joined the Army in 1973 and became an Airborne Ranger. Galen was extremely proud of his military service. He was a true patriot, modeling love for country and sacrificial service to others. Galen would eventually complete his military career in the Army Reserves after a tour in Desert Storm.

While in Texas, God gave Galen and Lita two beautiful girls, Katrina and Alicia. Galen loved his family! As a military and a family man, Galen completed his undergraduate degree from the University of Houston. All the while, he continued to teach God’s Word faithfully. Eventually Galen felt the need for formal Biblical training, which led the family to Portland, Oregon to attend Western Seminary in 1986. There he thrived in his studies, watched his girls grow up, served in ministry at a few different churches, and worked on campus until his graduation in 1994 with a Master’s of Divinity.

Then in 1998, Galen agreed to come help his uncle Virgil run Ducor Telephone Company. This eventually drew the rest of the family to Bakersfield, where Galen and Lita started a fruitful college-aged ministry at Laurelglen Bible Church. God was honored and He blessed the ministry abundantly! From this ministry, God has raised up pastors, missionaries and mature believers in all sectors of society. While Galen was working with young adults, God was kind to raise up a couple of young men that Galen was proud to call his sons and let marry his daughters.

Toward the end of Galen’s career with the telephone company, he was able to work remotely and moved to Bishop, California to be near his oldest daughter and grandkids. Like always, Galen jumped right into serving in ministry, becoming very active in the community, and was serving as an elder in his church at the time of his passing.

Galen was a beloved husband, the best father and grandpa, a military hero, a wise and gifted pastor, a generous business owner, and a faithful servant of Christ Jesus. As Galen would often put it, he was “promoted” on May 9, 2020, being welcomed by the Savior whom he served all his life with this greeting: “Well done, good and faithful servant.” He will be dearly missed, but in Christ, death is never goodbye, only see you later.