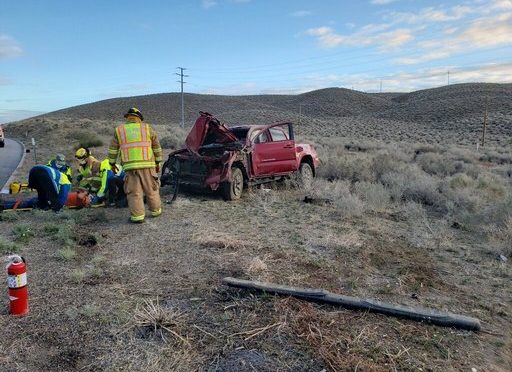 On April 20, 2020 at approximately 6:20 A.M.,  28 year old, Armando Gonzales was driving a 2017 Toyota Tacoma in the #2 lane of northbound US-395 just north of Elna Road at approximately 75 MPH. Gonzalez allowed the Toyota to travel off the roadway on onto the east shoulder. The Toyota struck a metal guide post and Gonzalez lost control of the Toyota. The Toyota rotated to the left and then overturned on the shoulder several times. The Big Pine Fire Department responded to the incident and transported Gonzalez to Northern Inyo Hospital. Mr. Gonzalez was arrested for suspicion of driving under the influence of alcohol.