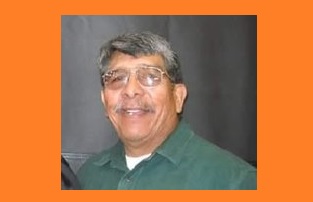 James William Westervelt, known by his nickname “Acorn”, began his life on September 23, 1948 in Bishop, CA, son of Pauline Irene Westervelt and Clarence “Moon” Thomas. He grew up in Big Pine, Ca at the “Indian Camp” attended Big Pine school and played football, baseball, and basketball. After graduating high school, he attended Oakland Community College. In 1967 Acorn enlisted in the United States Navy and was deployed to Vietnam. He was a part of the Helatkltron-3 Seawolves, a unit that was commissioned and decommissioned during the Vietnam War. During the Vietnam War, he was a door gunner during the Tet offensive in 1968. Shortly after being honorably discharged in 1971 he met the love of his life, Aurora Mae Garrison who he married, had four sons, two daughters and enjoyed 45 years of marriage.

After graduating with an AA in construction from Lassen Community College in Susanville, CA Acorn pursued a long career in the trade. Some career highlights included working for the US Forest Service in Inyo County on the trail crew and in the construction department, the construction of the Mammoth Mountain Panorama Gondola, the Veteran’s Memorial in Big Pine, CA, the US Naval base in Ridgecrest, the Coso Geothermal building, the Lee Vining Visitor’s Center, the Alan Spoonhunter Memorial Gym, OVIHA housing projects, DWP gorge project, road construction projects from Walker to Ridgecrest, CA. and numerous others. He was a member of the Carpenter’s Local Union #743, the Cline Howard VFW and a DAV life member with the Golden State 56 chapter. Acorn was a devoted volunteer Fireman Captain/EMT for the Big Pine Fire Department for 25 years, a fireman trainer and a Fireman Captain for his beloved Engine 7. As a tribal member he held the positions of secretary and treasurer for the Big Pine Paiute Tribe. He was an avid hunter and fisherman. Sports were a big part of Acorn’s life. He enjoyed playing and watching them, finding the most enjoyment in sports his family played. He especially loved watching his grandkids in their various sports and watching his sons and grandson perform the Owens Valley Paiute war dance.