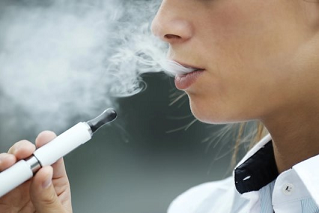 The Inyo County Board of Supervisors has plans to approve regulations which they hope will restrict adolescent access to tobacco products at Tuesday’s meeting.

Anna Scott, the Inyo County Health and Human Services Deputy Director gave a presentation to the board, and recommended regulating the sale of some tobacco products.

There are three components the department wants to see when it comes to preventing children from purchasing tobacco products. According to county documents,“1) a flavored ecigarette or “vape” ban; 2) a requirement that all little cigars be sold in packs of 20 and cigars be sold in packs of 5 (except cigars that cost more than $5 each); and 3) a requirement for minimum pricing of $8 per pack for cigarettes and little cigars and $5 per cigar.”

Scott says Inyo County’s high school students can easily obtain tobacco paraphernalia, and vape use among Inyo County’s youth is more than three times higher than the state average. The Deputy HHS Director also told the supervisors that according to a survey the department conducted with 9th and 11th graders, obtaining tobacco products is “very easy.”

In order to enforce a ban on these products, Health and Human Services requested the board also adopt a Tobacco Retail License ordinance, which will help create a structure for cracking down on illegal tobacco sales.

The board will not charge retailers for these licenses. Due to available funds in the county budget, the application cost will be covered.

Inyo County zeroed in on the sale of tobacco that costs under five dollars. The big item under five dollars the supervisors wanted to address, was the sale of cigarillos and blunt wraps, including popular brands like Swisher, Zig Zag, and Backwoods. County Health and Human Services officials say that these brands are targeting children with flavors such as grape, cotton candy, and blueberry.

According to Tobacco Control Supervisor, Eryn Clark, the sale of these cigarillos has increased dramatically. “The sale of blunts like Swisher Sweets has grown 280%.” Clark said.

As of right now, it looks like the Board of Supervisors will only implement part of what the Health and Human Services Department wants. There will be no outright ban on flavored tobacco, but that could happen in the near future.

DISCLAIMER: The story has been changed. Inyo County has not made the ban official, and it still needs to be voted on.