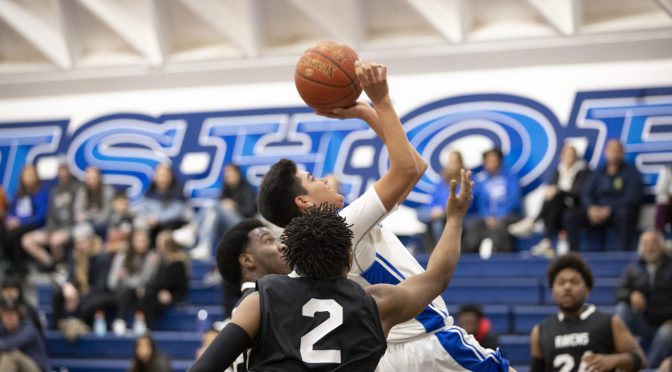 The Bishop Broncos blew out the Boron Bobcats for the second time this season Friday evening. The first meeting was a forty-one point route for Bishop. The final score of the game played a month ago was 69-28. Robert Chavez’s team put up 69 points in the second game as well. However, the final score in this game was a little bit closer with the match up ending 69-42. 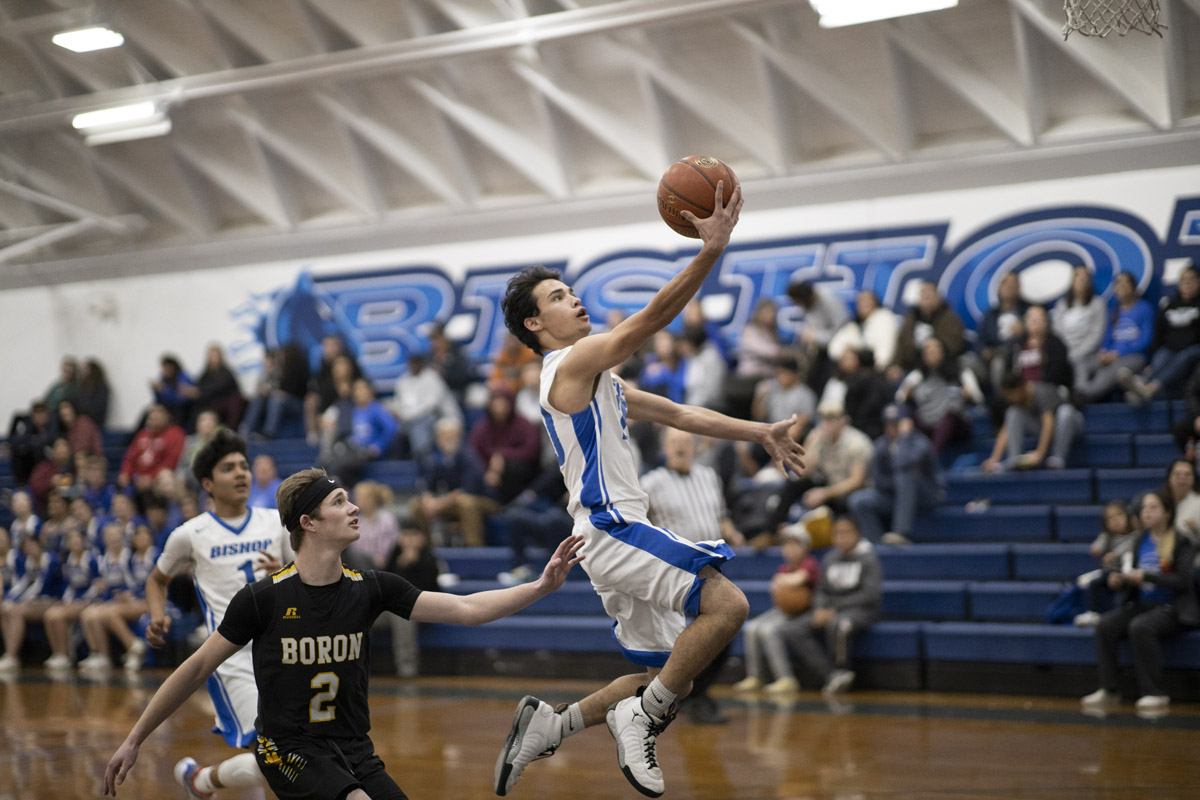 Both teams played evenly throughout most of the first half. However, Bishop led the entire time, doing a nice job of sharing the ball and knocking down open looks.

Bishop’s standout player in the first quarter was Junior, Clay Omohundro, who drained back to back three pointers toward the start of the game. He scored eight points inside the first three minutes of the game.

The first half ended with Bishop holding on to a small lead. When the second half began, Bishop came out guns blazing. The Bronco’s lead quickly ballooned to a double-digit advantage early in the third quarter.

The star of the second half was undoubtedly Sophomore, Kenyan Piper, who was scoring at will inside the paint. There were many instances where Piper would receive the ball at the top of the arc and explode into the paint past the Boron rim protectors. 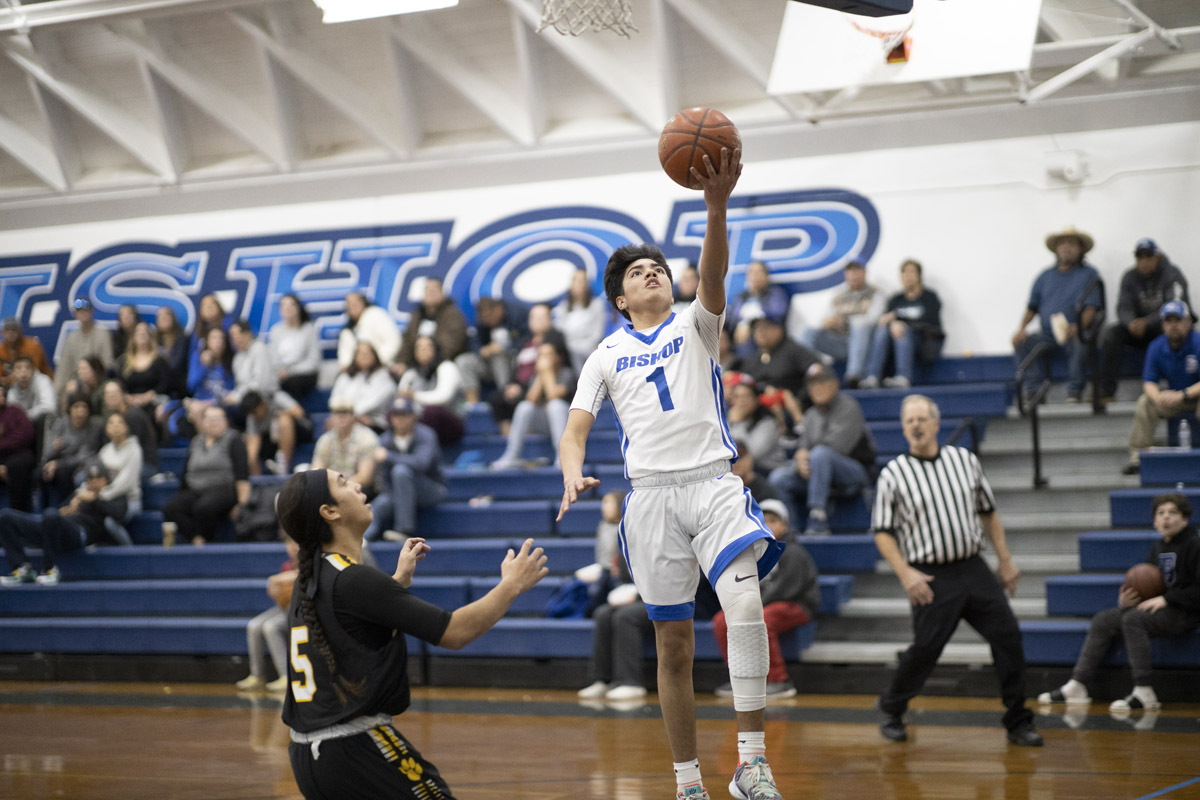 Bishop snapped a three-game losing streak with their victory against Boron. Up next for the Broncos, a pivotal match up against Kern Valley, who are one spot ahead of Bishop for third place in the High Desert League. If Bishop want any chance of hosting a home playoff game, they have to win tomorrow night.