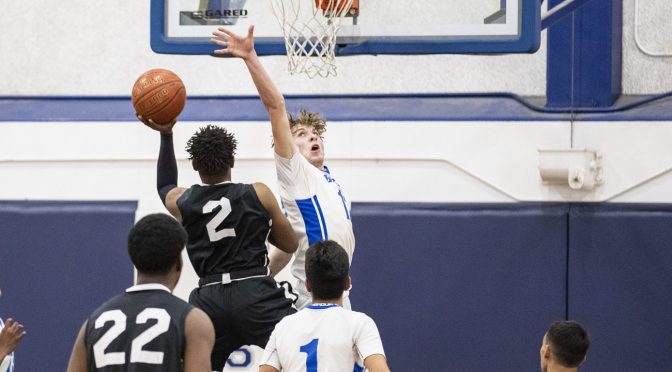 Moral victories aren’t something the Broncos basketball team wants to hear about, but that’s exactly what this game was. 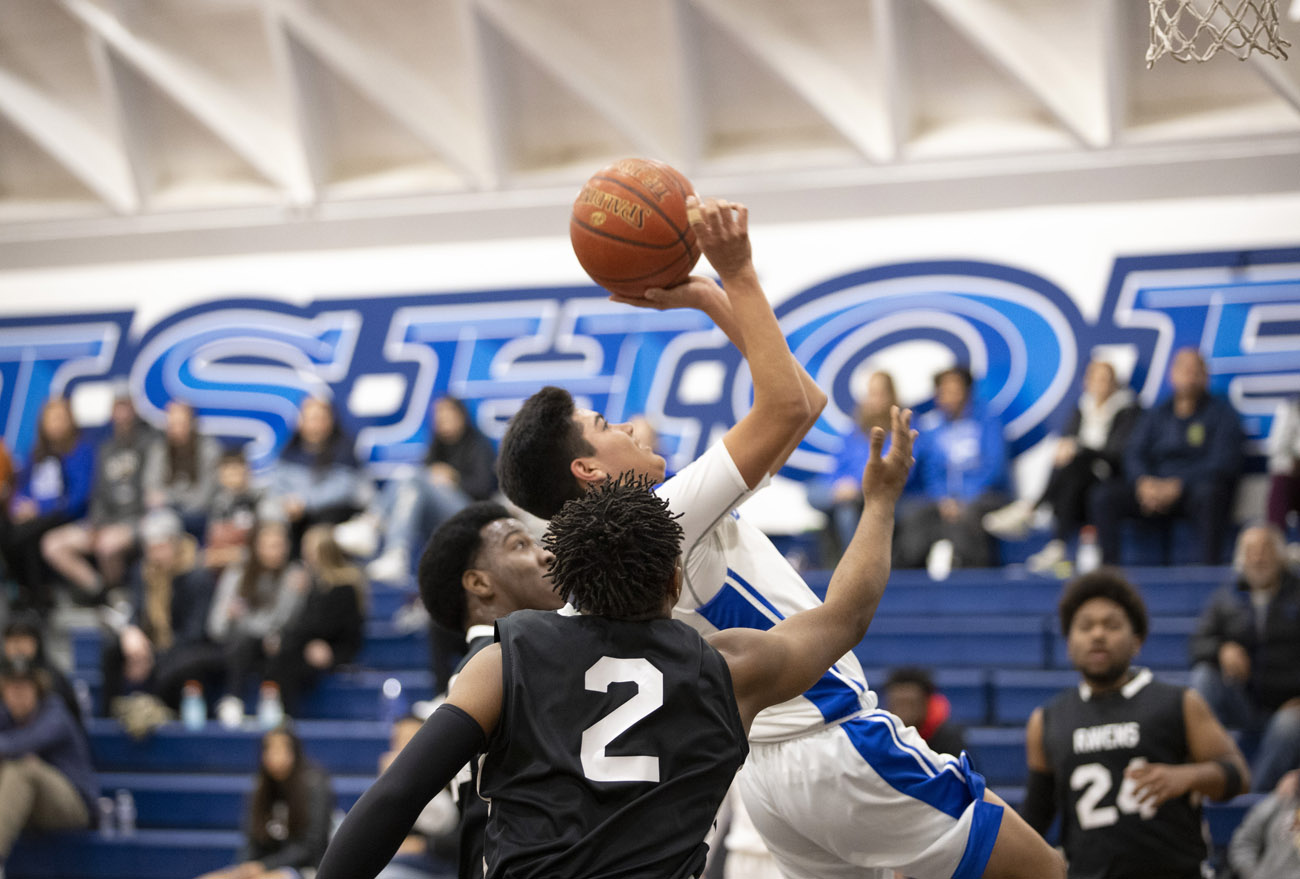 The past two games, the Broncos looked lackadaisical at times, however, that was not the case Tuesday evening. Robert Chavez’s team worked hard on both ends of the floor and could have easily won the game.

Luke McClean did a nice job in all facets of the game, demonstrating magical footwork inside the paint, stout defense, and excellent rebounding. McClean took home player of the game honors thanks to his performance.

Another player who stood out was Tristan Valle. The big fella has struggled the past few games. He had a lot of trouble scoring easy baskets against Desert and Rosamond, but yesterday was a different story. Valle was able to move off of the ball well in order to score easy points. The senior also demonstrated a magnificent ability to find open players beneath the basket. At times Valle demonstrated his inner Nikola Jokic. One such play that was reminiscent of Jokic came in the second quarter when he had the ball on the short left corner and rifled a ball inside to a streaking Johnny Torres, who cashed in on the easy bucket. 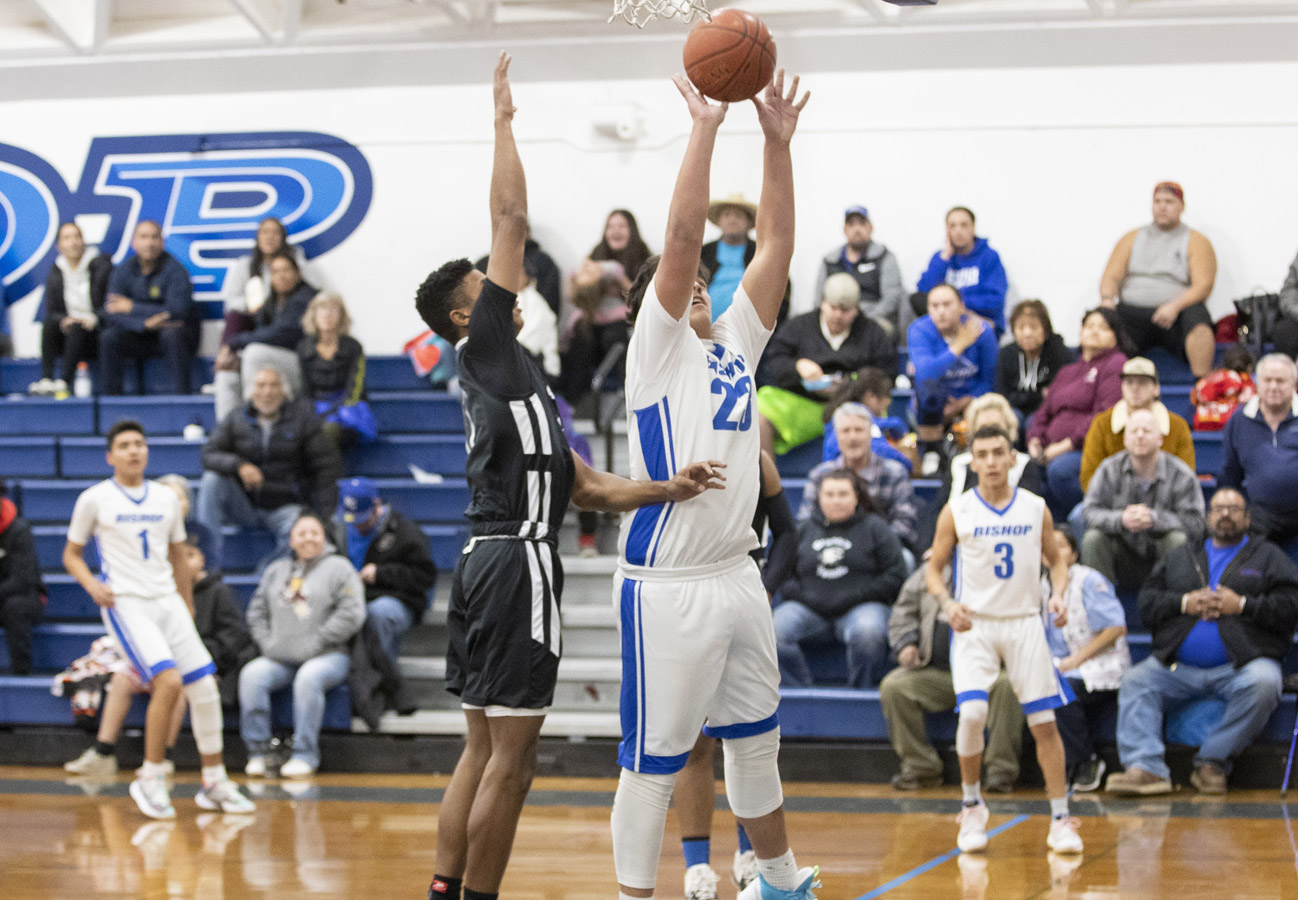 The game was back and fourth. When California City would go on a run and take the lead, Bishop would do the same just minutes later. Cal City would take the lead heading into half time. However, Bishop stormed right back at the beginning of the third quarter and held onto the lead for the entire third quarter. Bishop lost the lead in the fourth quarter with about 5 minutes to go. After that, the lead shifted back and fourth for the rest of the game.

With about a minute and a half left, Jaydan Braithwaite was fouled. The senior had a chance to tie the ball game. Unfortunately, he missed the first free throw attempt, but would sink the second. Bishop trailed by one point. With the Broncos down 62-63, Kelvin Bowen received the ball from the top of the arc. Bowen pump faked, and stepped into an elbow jumper to add two points to the Raven’s lead. 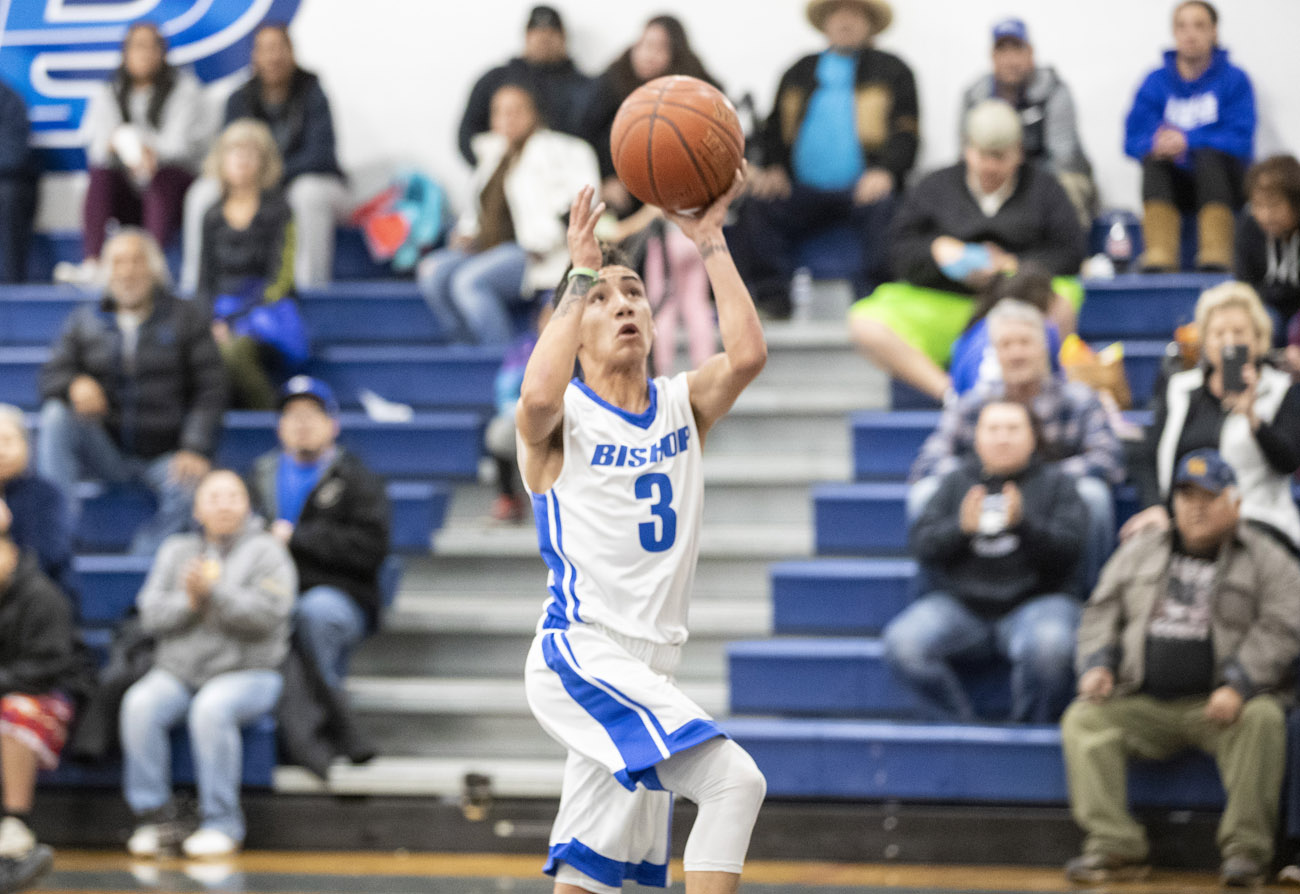 With thirty seconds left, Bishop threw the ball down court to Clay Omohundro, who found Jaydan Braithwaite beneath the basket to pull the Broncos within one.

Cal City’s best player, Kelvin Bowen had the ball in his hands with a chance to wrap up the game. From the right front court, Bowen called for an isolation with Omohundro guarding. The Raven’s star man crossed up Omohundro, drove inside and ended the Bronco’s hopes of pulling off the upset. 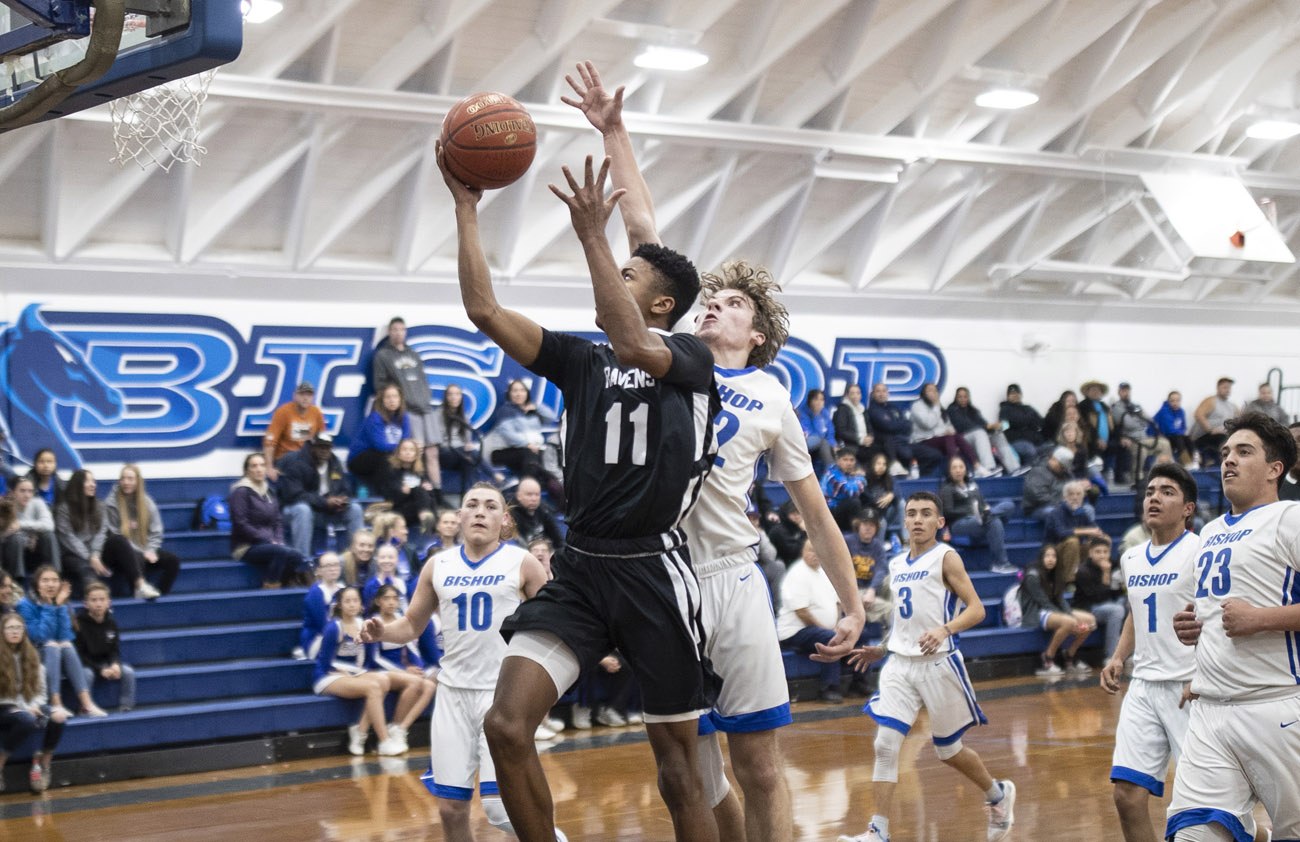 The final score was 67-64. Bishop now fall to 5-4 in High Desert League play. The team will look to bounce back against Boron this Friday.