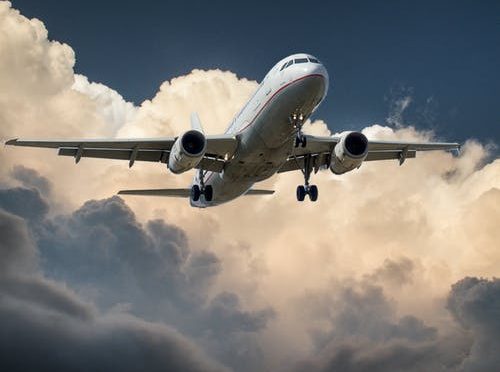 Inyo County officials met in the Bishop City Council Chambers last night to discuss the environmental scoping process for the Bishop Airport, which is getting ready to host commercial flights to Denver, Los Angeles, and San Francisco in October.

“As far as bringing commercial airport service is concerned, we are on schedule for an October 1, 2020 start. We have had great cooperation from the FAA (Federal Aviation Administration), and the thing we are tackling right now is the environmental process.” Inyo County Second District Supervisor, Jeff Griffiths said in an interview with KIBS/KBOV.

Ashley Helms, who is one of the people in charge of administering this project spoke to a crowd of about fifty people last night. She discussed some of the improvements that are being made in order to field commercial flights. Helms said, “Currently, we are working on renovating the runway. We are making it 7,500 feet long and 100 feet wide. The facilities and pavement will soon be in very good shape.” Helms said.

The taxi rehabilitation project will start in the Spring in order to avoid inclement weather. Other plans include to improve parking. Currently, there is dirt parking at the airport. The plan is to create a small paved parking lot to further improve the facilities according to Helms.

The presentation lasted about twenty-five minutes, and the county subsequently allowed for public comment. Nearly everyone that spoke at the meeting expressed their support for having an airport in Bishop.

However, some speakers expressed concern for environmental health stating that air quality could be inhibited due to jet fuel exhaust. One commentator at the meeting also told the county that allowing for large planes in the region may affect specific reptiles, cattle, alfalfa, and native plants in the area. Due to time constraints, the citizen did not elaborate as to why that was the case.

As far as what airlines are slated to fly out of Bishop, so far there is only one. Supervisor Griffiths said, “Right now we are looking at continuing the service that is currently going on at the Mammoth Airport, which means it will be United Airlines Flights. During the summer it will be a flight once a day to Los Angeles, and then during the winter there will be flights to Denver, San Francisco, and Los Angeles.”