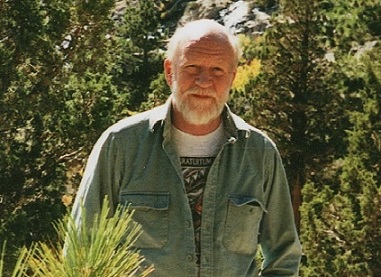 After a valiant fight with cancer, Charles “Chuck” Schneider—adventurer, storyteller, gardener, cherished member of his community, and friend to all—went home to be with his Lord on January 5, 2020 at the age of 82. He is survived by his beloved wife of 57 years, Marge; his daughter, Kristin McBride and her husband, Kevin; his son, James and wife, Ann; and his five grandchildren: Amelia, Joshua, James, Jonah, and Abigail, all of whom he loved dearly.

Chuck had an appetite for adventure and sought to live life to its fullest. Born in San Francisco to Clara and Clifford, he began his unique and extraordinary path through life as a volunteer at the San Francisco Zoo, where he worked with the big cats and developed his love for animals. Later in his youth, Chuck spent his summers fighting forest fires with the Forestry Service. As he emerged into his adult years, Chuck began racing off road, which fulfilled his need for speed and landed him a cameo in National Geographic, and panning for gold in the streams and mines of Southern California. Throughout his life, Chuck never passed up an opportunity to tackle a challenge. This need to seek new opportunities led him to take up skiing in his 50’s and begin acting in Community Theater in his 70’s. Many will remember Chuck as the Wizard of Oz, the Judge in Chicago, or perhaps the most authentic Santa ever to grace the Sierra.

As a storyteller and public speaker, Chuck had no equal. He loved the poetry of Robert Service, and would often recite his poems, such as Cremation of Sam McGee, from heart—much to the delight of his listeners, especially his grandchildren. His church was blessed with many sermons that carried Chuck’s unique insights and his uncanny ability to make even the most challenging biblical texts accessible. And, his family, friends, and coworkers will forever fondly remember the many stories he told about all aspects of his life, turning even mundane events into captivating moments.

Chuck gardened, or more accurately, he grew tomatoes. In fact, he grew what became known as arguably the finest heirloom tomatoes in the Eastern Sierra. During the summer months, he could be found every afternoon in his garden tending his vines and most weekends at the Farmer’s Markets in Mammoth and Bishop. Even more than tending his garden, however, Chuck loved sharing his knowledge about gardening. If you broached the subject with him, you needed to be prepared for a long and animated conversation that normally ended in a handful of tomatoes to take home and an offer to help you start your own garden at the first available opportunity.

Those who work and live in Inyo and Mono counties would describe Chuck as a cherished member of and leader in the community. Chucked lived and worked in Bishop and Mammoth Lakes for 19 years. Chuck served Mammoth Lakes Lutheran Church in many capacities, from elder to greeter, speaker to coffee maker. As the family law facilitator for the Mono County Superior Court, Chuck did what he loved most: he helped people in need.

Finally, Chuck will perhaps be most remembered for his kindness, compassion, and ability to befriend just about anyone who crossed his path. From his service in the Navy, to his time as a student at Mt. San Antonio College (where he served as student body president) and Southwestern Law School, to his nine years as a Los Angeles Deputy Sheriff, to his 50 year career as a family lawyer, Chuck treated people with respect and dignity. He sought the good in people, even when the good was hidden from view. He met people where they were and avoided judgement. He reached out with care and people responded with deep gratitude and, in many cases, love. In sum, people were simply better for having known him.

His service will be held at Mammoth Lakes Lutheran Church on March 14, 2020 at 10:30 am, followed immediately by a celebration of his life and reception at Mammoth Lakes High School Multi-purpose Room.