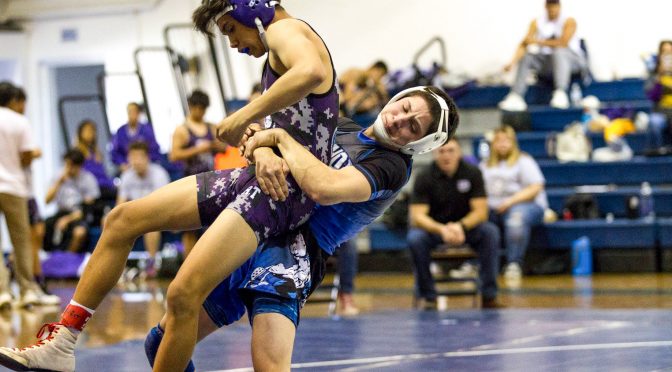 The Desert wrestling program has changed completely from previous years. Their coaches all left and they had no returning wrestlers, so their coach and all their wrestlers are in their first year.

Coach Mark Hodges said, “All Bronco wrestlers are in their first or second year of wrestling and Coach Costello and I are very pleased with how they wrestled. Several years ago, when the Bishop wrestling program needed help, the Desert coach helped keep our program running. We hope to return the favor by helping them this year, where and when we can.”

Coach Mark Hodges said, “With 37 teams competing, this was a big tournament for us. Carson Schmidt, wrestling at 124 pounds, had 2 wins and 2 losses, finishing just out of the medals. Heavyweight Joseph Red Owl also went 2 and 2, and finished in 8th place. The only Bronco to medal was Jacob Lomantewa at 156 pounds where he earned a 3rd place medal after winning 3 matches and losing only one match. Overall, the team won 12 and lost 19 matches. The level of competition was good as everyone was competitive in almost every match.”