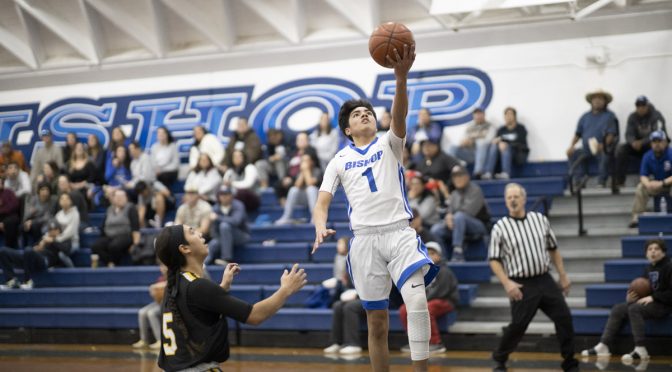 The Bishop Broncos cruised to a 69-28 victory over the Boron Bobcats last night in the fourth High Desert League game of the season.

Bishop led the game from the start and never looked back.

Within five seconds, the Broncos were able to score two points thanks to a Johnny Torres steal and score. About ten seconds later, Bishop added to their lead when Sophomore, Kenyan Piper snatched the ball and took it all the way to the basket for an easy pair of points. 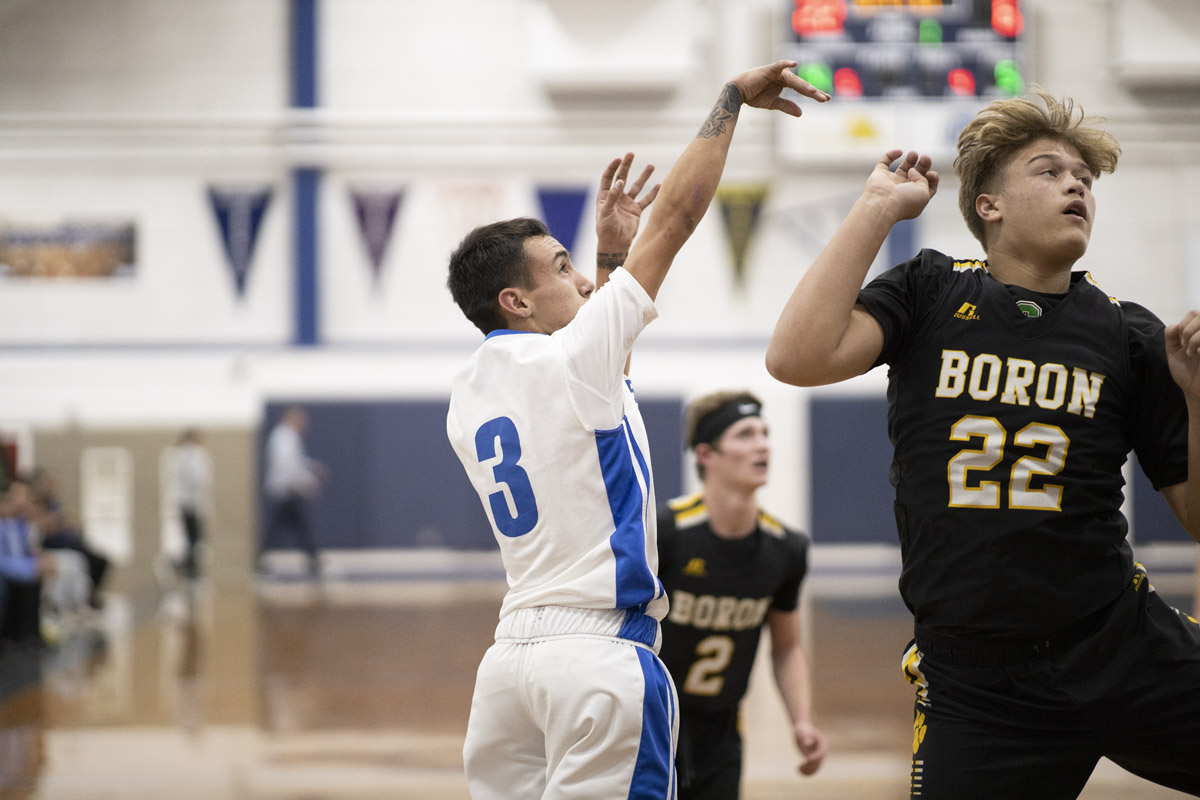 The early lead would set the tone for the rest of the night.

Boron made many mistakes when trying to set up their offense. It seemed as though every time the Bobcats tried to send the ball inside, a Bronco was there to either deflect the ball or steal it. The careless passing on the part of the Bobcats allowed Bishop to push the tempo quickly and finish on the break after forcing turnovers.

One major point of concern for the Broncos going in to tonight’s game related to the absence of Blaine Spoonhunter, the team’s best defender, who is no longer with the team. Spoonhunter’s length and hustle will definitely be missed, but if yesterday’s game is a sample of what is to come defensively, the team may end up being able to handle the loss of such a quality player.

The two best defensive players yesterday were Luke McClean and Jaydan Braithwaite. McClean did a nice job of altering shots inside the paint, while Braithwaite demonstrated his quickness, cutting off passing lanes and poking the ball away from the Boron ball handlers. 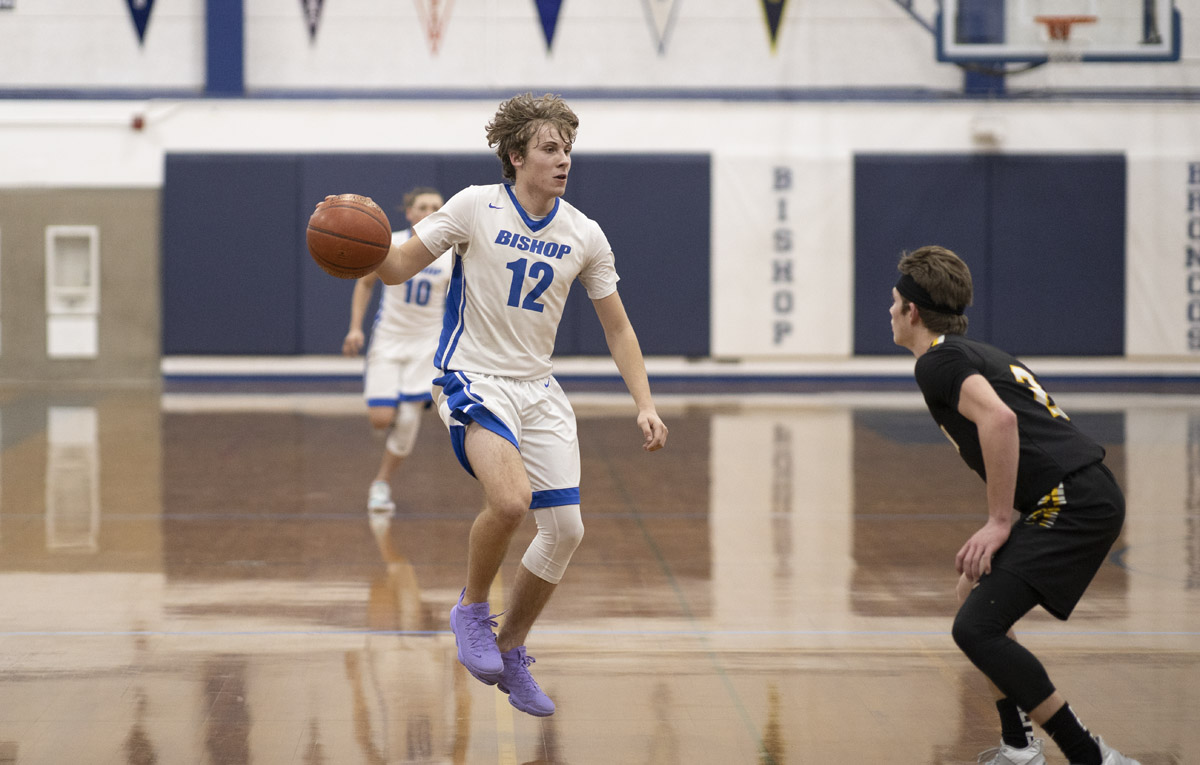 Offensively, the best player on the court was Kenyan Piper, who has been tremendous all season long. Piper hit four three pointers on the night, and had quite a few nice plays driving inside the paint and finishing.

Another player who stepped up, was Johnny Torres, who made his first start of the season. Torres demonstrated an ability to knock down the mid range jumper all evening. If Bishop have a weakness, it is shooting. Torres will need to continue to show that he can hit his jumper in order to supplement the team’s lack of shooting for the rest of the year.

Up next for the Broncos, a rivalry game against the Kern Valley Broncs, who have a 2-2 High Desert League record. The game will be an away game on Friday at 7:30.