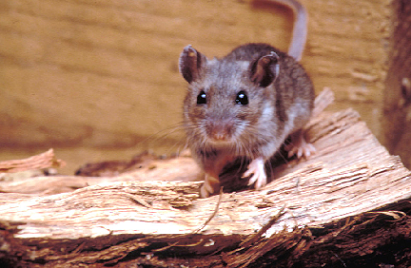 The victim of the virus received treatment in Reno, Nevada where the individual succumbed to the viral strand of hantavirus known as sin nombre. According to medical research website, UpToDate, there are eleven pathogenic species that have been identified throughout the world, and they differ depending on which species of rodent is infected.

In this case, the sin nombre strand is common among deer mice, a wide spread rodent in both Inyo and Mono Counties. Dr. Tom Boo, the Mono County Public Health Officer said, “In Mono County, about 25% of all deer mice carry sin nombre, which is significantly higher than the average rate in the state.”

After it was determined that the Mono County resident died as a result of hantavirus, both state and county health department experts investigated the individual’s residence and place of employment, evidence was found that suggested mice were in and around the home. As for the victim’s place of work which is a school in Inyo County, investigators determined exposure at the location to be “unlikely because minimal signs of mice were found.” according to an official press release from the Mono County Health Department and Inyo County Health and Human Services Department.

According to the California Department of Public Health’s hantavirus statistical data base, there have been eighteen cases between 1980-2017, which is higher than all other fifty-seven counties in the state. In an email interview with KIBS, CDPH discussed why they believe there are more incidents in Mono County. “The rural nature of Mono County may contribute to the high number of human cases detected from that county.” the state agency said.

Elevation is another factor that comes into play when discussing hantavirus. The higher the altitude, the higher the chance deer mice carry the disease. “Elevation may play a role in the number of infected deer mice.” the department wrote. “From disease monitoring data collected by CDPH throughout California over many years, we have observed that the percentage of deer mice with antibodies to SNV [sin nombre virus] increases with increasing elevation. For example, the percentage of SNV-antibody positive deer mice may be less than 10% at sea level and as high as 35% above 10,000 feet elevation.”

The sin nombre pathogen of hantavirus can present itself in a number of ways. Transmission of the virus comes after an individual breathes in contaminated air usually found in an enclosed space. “About 1-5 weeks after exposure, symptoms develop. Early symptoms of hantavirus pulmonary syndrome (HPS) include fever, headache, and muscle aches. Other possible early symptoms include dizziness, chills, vomiting, diarrhea, and abdominal pain.” the CDPH said.

When these symptoms are identified, respiratory problems develop, which can lead to death. “After 2 to 7 days of these symptoms, patients develop breathing difficulties that range from cough and shortness of breath to severe respiratory failure. Approximately 36 percent of HPS patients die from the disease.”

The hantavirus has no cure, but there are steps that can be taken to prevent contraction of the virus. Exposure to the virus is typically in enclosed spaces and occurs when cleaning out small, confined deer mice-infested spaces where there is little air circulation, so it is important to allow air flow into a potentially contaminated area. “Before entering an enclosed area that may be infested with rodents, allow it to air out for at least 30 minutes. Also, avoid contact with all wild rodents, their droppings, and nesting materials.” The Department of Public Health said.

Edit: The article stated that the resident lived in Chalfant, CA. The article has been edited as the Mono County Department of Public Health say the information reported was inaccurate.