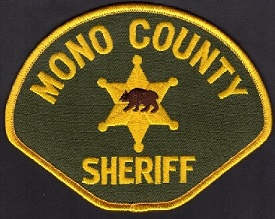 On December 25, 2019, at approximately 6:00 p.m., Mono County Emergency Medical Services (EMS) and Mammoth Lakes Police Department (MLPD) were dispatched to a residence in Mammoth Lakes regarding a male who was unresponsive.  Upon arriving, EMS and MLPD determined that the man, later identified as Jaeger Alan Bailey, was deceased.  The Mono County Sheriff’s Office responded to handle the Coroner’s Investigation.

The investigation showed no signs of foul play and was an apparent suicide.  Next of kin has been notified of his death.  Jaeger Alan Bailey, 26 years old, was a resident of Mammoth Lakes.  Jaeger was a renowned snowboarder who had competed in the X-Games and been featured in several snowboarding films.

If you or anyone you know is in emotional distress or suicidal crisis, please call the National Suicide Prevention Lifeline at 800-273-TALK (8255).