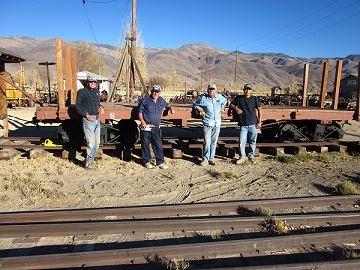 A new exhibit has just arrived at Laws Railroad Museum and Historic Site! The Museum has acquired, on loan, the restored Bodie Railway and Lumber Company (Bodie and Benton Railroad) flat car number 8, and it is on display on the Museum grounds. 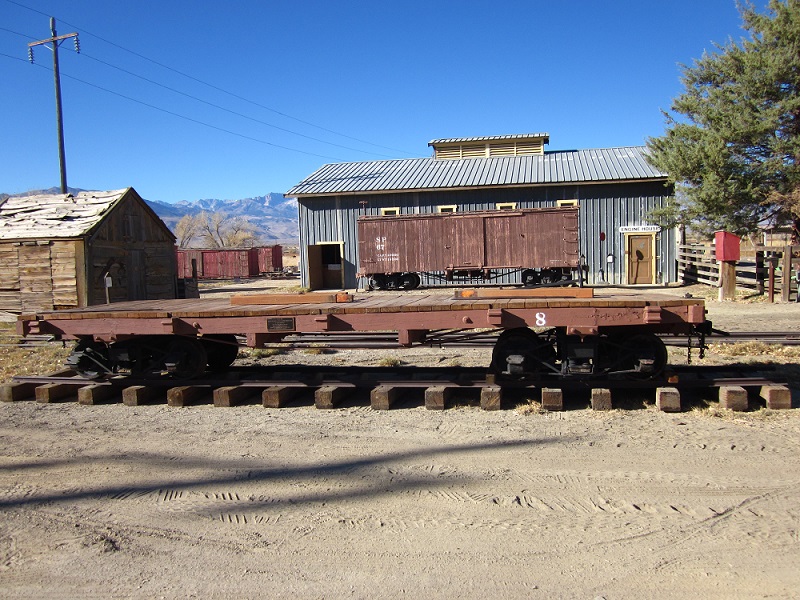 Several years ago, members of the Friends of the Bodie Railway and Lumber Company group were exploring the BR&L right of way and found the remains of a wrecked flat car. The metal parts were salvaged and cleaned up, but the remains of the wood parts were too far gone to salvage. The Friends located the number on the car and found the plans for it and started in on the restoration. The car was restored by the Friends of the Bodie Railway and Lumber Company about 17 years ago and has been on display in June Lake until last week. The restoration effort included acquiring custom cut full dimensional lumber to replicate the original lumber in the car. The restoration was completed in 2002 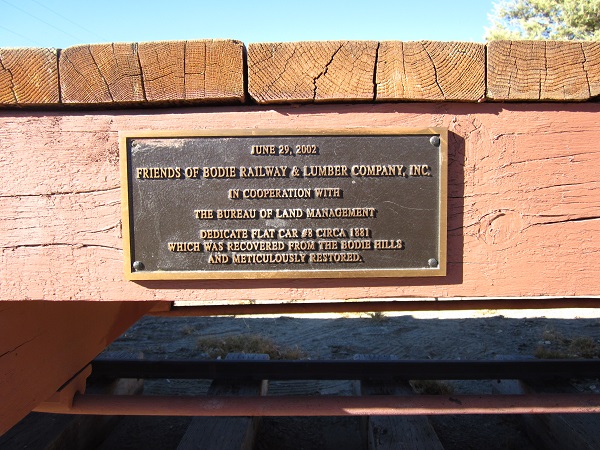 The Friends of the Bodie Railway and Lumber Company recently decided to disband, and turned ownership of the car over to the Bodie Foundation. The Foundation did not have a means of moving or storing the car, so two former members of the Friends, John Fredrickson and Paul Thompson, stepped up and negotiated a loan to the Laws Railroad Museum to display and maintain the car for the next several years. The Museum hired Kurt Van Nest, owner of High Sierra Storage, to move and set up the car in its new location. The move was made by his company, with the help of a volunteer crew from Laws Railroad Museum, on Sunday November 17.