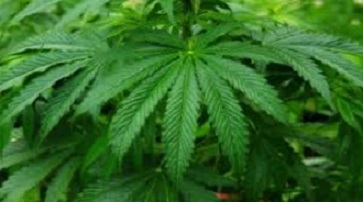 California Attorney General Xavier Becerra announced earlier this week that the statewide Campaign Against Marijuana Planting (CAMP), a multi-agency law enforcement task force managed by the California Department of Justice, has thus far this year eradicated 953,459 illegal marijuana plants from 345 grow sites across the state. The CAMP operations were led by the California Department of Justice and included local, state, and federal agencies. Agents were divided into three teams that encompass the Northern, Central and Southern California regions, with teams covering 35 counties in the state.

This year’s CAMP teams’ effort have been successful in protecting public resources against misuse and in safeguarding public land and water from illegal pesticides. Of special concern to water managers – and those who use and consume California’s water – are the use of banned pesticides such as carbofuran, methyl parathion, aluminum phosphate, and illegal fertilizers, discharged in large quantities from illegal marijuana grow sites and ultimately find their way into the waterways of California.

“Illegal cannabis grows are devastating our communities. Criminals who disregard life, poison our waters, damage our public lands, and weaponize the illegal cannabis black market will be brought to justice,” said California Attorney General Xavier Becerra. “This year, our CAMP teams worked tirelessly across the state to vigorously enforce California’s laws against illegal cannabis activity. The California Department of Justice (DOJ) is extremely proud of our partnership with federal, state, and local agencies and we look forward to continuing this necessary work.”

“USDA Forest Service law enforcement in California commend the collaboration and continuing efforts of our task force of partners in the yearly fight against illegal marijuana grows on public lands. This multi-faceted team approach is how we stay successful in mitigating these trespassers and the harmful destruction they intend on our land, water, wildlife and communities,” said Don Hoang, special agent in Charge of United States Department of Agriculture, Forest Service, Pacific Southwest Region.

CAMP was founded in 1983 with the primary objectives of “reducing the supply of marijuana to the illegal drug trade by eradicating the large marijuana crop sites; increasing public and environmental safety by removing marijuana growers from public and private lands; investigating indoor growing operations; deterring potential growers; and promoting public information and education on marijuana.” Although California voters legalized marijuana in 2016 (Proposition 64) and the law became effective in 2018, legalized growth of marijuana must adhere to strict regulations and seek the appropriate permits.

“Although cannabis has been legalized for use in California, there is still a large unlicensed black market,” said Robert Paoletti, coordinator colonel, California National Guard Counterdrug Task Force. “Our participation works to prevent this illegal market in order to promote a fair market place for those growers, producers, and vendors who choose to operate within the system that the voters approved.”