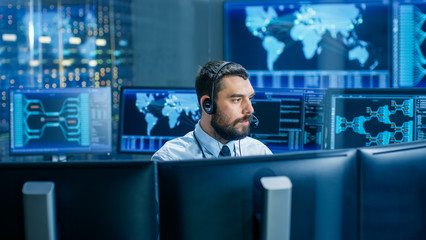 The Bishop City Council unanimously voted 5-0 to approve funding for a site-study of a new regional dispatch center that would be based in Bishop.

Bishop Police Chief, Ted Stec argued in favor of the project saying, “A Regional Dispatch Center would save money because it would require less personnel from all agencies in the area in the long run.”

Mammoth Lakes PD and Mono and Inyo County Sheriff’s Offices are requesting that the City of Bishop pay $25,000 to help split the cost of the study of feasibility four ways with the total estimated at approximately $100,000 dollars.

Currently, Bishop has not budgeted for such a study, whereas other agencies have pooled together their resources and approved the funding for the investigation.

Council member Chris Costello of the City of Bishop seemed wary of the cost. “We already have a great dispatch center in place. I think if the system is not broken, then don’t fix it.” the council member stated.

However, Costello also said that he did not want to leave the town’s neighbors hanging out to dry, and brought forth the idea of providing $5,000 dollars of funding toward the study to in order to demonstrate good will.

Mayor Pro-Tempore Laura Smith expressed interest in the project saying, “Yes, we already have a good dispatch center set up, but we can make it even better by adding emergency medical dispatch services to the regional dispatch center.”

Police Chief Stec acknowledged the feasibility of adding medical services to the center but said the dispatchers would need further training in that realm to add it into the center’s repertoire.

During the meeting, it was apparent that most members of the city council were wary of being perceived as being bad neighbors. Karen Schwartz of the city council spoke on the issue saying, “I support the regional dispatch center because it supports the greater good and helps out our entire region.” Mayor Jim Ellis expressed similar feelings on the matter, and seconded Schwartz’s motion.

Rob Patterson, the Finance Director for the Town of Mammoth Lakes was in attendance and told the council he did not believe the project would be as expensive as the estimated price. “I don’t think the cost of the study will be $100,000.” Patterson said. “It may be around that amount, but we just want to ensure that there is enough money available to complete the study. There is also a chance that it could be something the California Office of Emergency Services covers, we have to explore that further.”

Shortly after, the council voted unanimously to approve funding not to exceed $25,000 dollars. Councilmen Costello and Muchovej reluctantly voted in favor of the study, whereas Smith, Schwartz, and Ellis supported the study.

The study is expected to take a few months, with no solid timetable available at the moment.