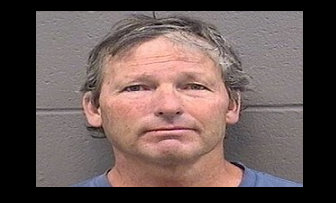 A Mammoth Lakes resident who was arrested for three counts of sexual acts with a child under the age of 14 is now facing added charges of possession of child pornography and destruction of evidence.

On July 22, 2019, Mammoth Lakes Police Department and Mono County District Attorney Investigators arrested Christopher Adams Libby on alleged sexual activity with children. In their press release, the Mono County DA’s Office stated, “In accordance with the applicable statue of limitations, Mr. Libby is alleged to have had substantial sexual conduct with the minor, and the conduct is supported by independent corroborating evidence.”

The case against Libby indicates the alleged acts occurred during 2002 and 2003. However, the District Attorney’s Office believes there are potentially other victims.

Last week, Libby was released from jail after paying his $100,000 bail. After being released, Libby requested that his niece destroy further evidence at a storage locker in Mammoth Lakes. Upon arriving at the alleged child predator’s locker, Mr. Libby’s niece discovered child pornography in the form of Polaroid pictures along with a camera, and 2017-2019 newspaper clippings containing photographs of local Mammoth Lakes’ children in the newspaper The Sheet.

The 61 year-old male’s niece subsequently turned the evidence over to investigators. After receiving the child pornography and newspaper clippings, authorities arrested Mr. Libby a second time only a day and a half after posting bail.

As for the newspaper clippings discovered in Libby’s locker, Anderson said the district attorney’s office cannot determine at this moment if the pictures of children in the newspaper were targets of the alleged predator.

Anderson also made it clear, “The parents of the children identified in the newspaper have been notified that Mr. Libby possessed photographs of their kids.”

Libby is scheduled to appear back in court on September 17, 2019, and is being held on $1,000,000 bail. Prosecutors are aiming to assure that there is no possible way for the defendant to be released inasmuch as the district attorney’s office believes he is a flight risk and danger to the public.