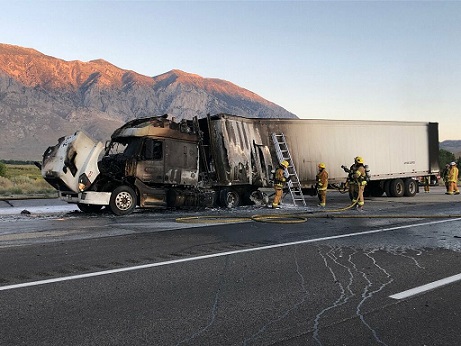 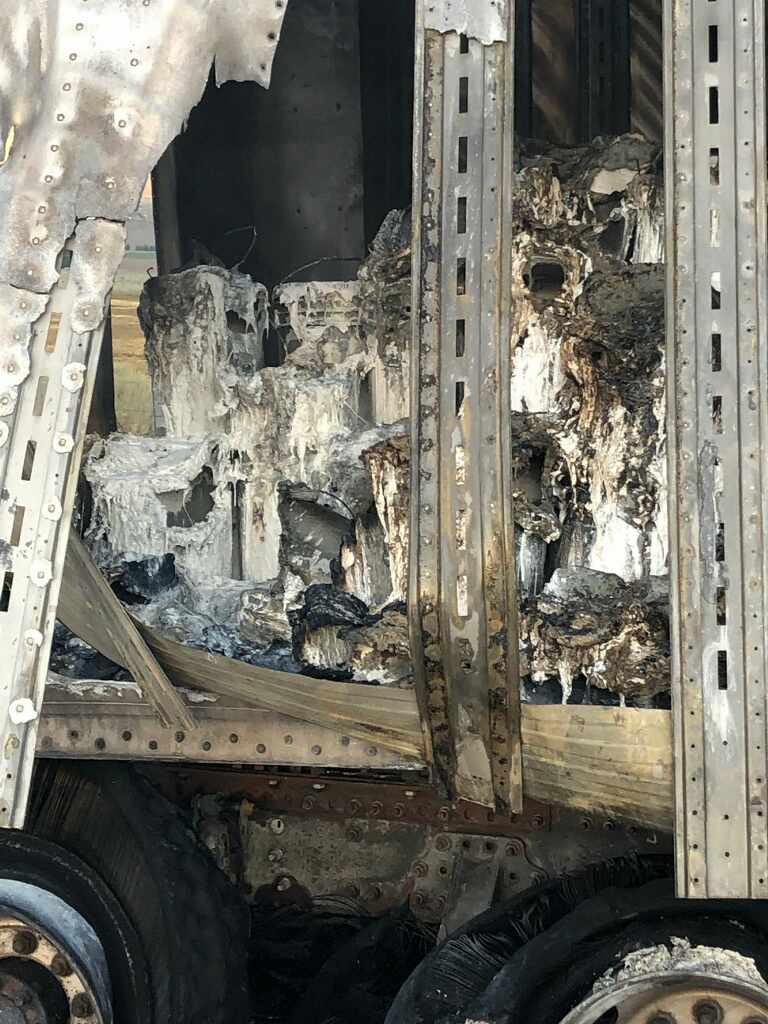 Although initially the fire was toward the front of the cabin, flames eventually spread toward the trailer, which contained a large quantity of paint. The paint subsequently spilled all over the highway, which required a hazmat crew to arrive on scene and clean up the incident. 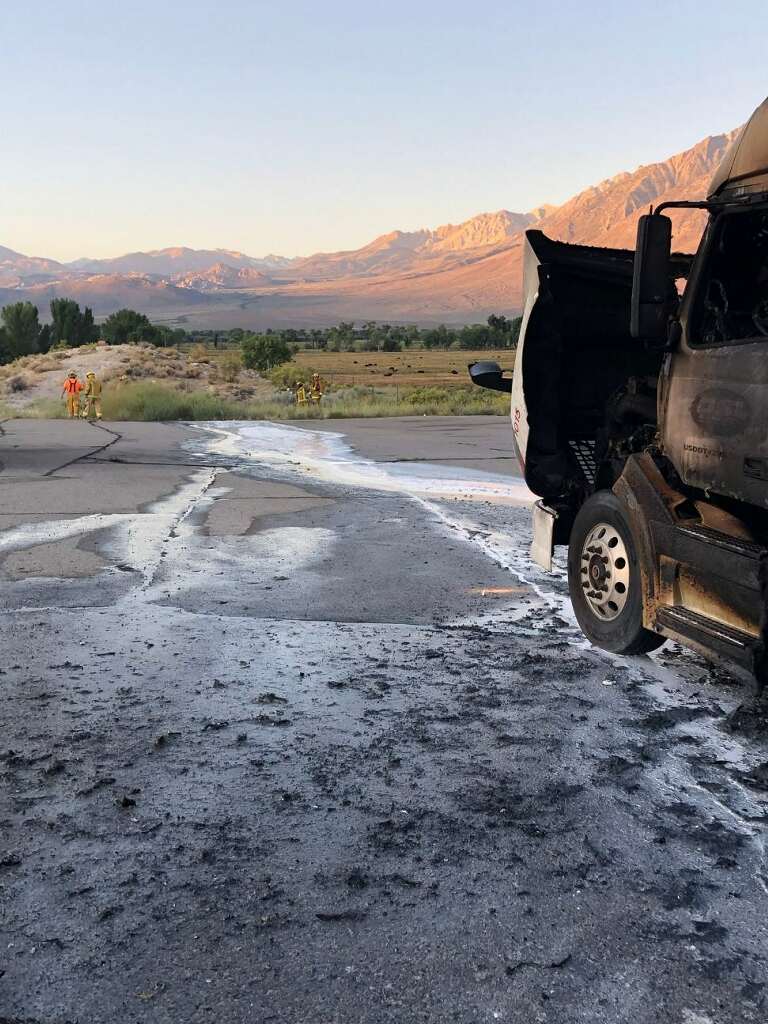 The cleaning crew brought out a pressure washer to clean the roadway along with a vac truck to help with the cleaning. Crews also brought bins to dispose of all the burnt materials and soil. 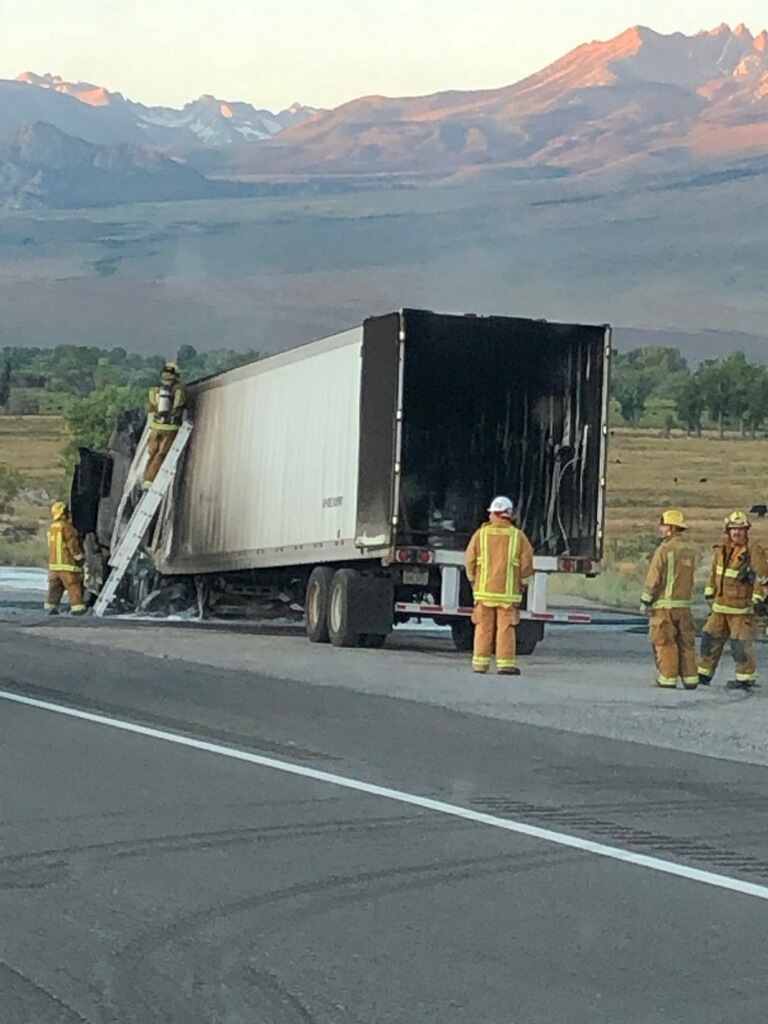 Both lanes of Highway 395 are now open with no restricted access. 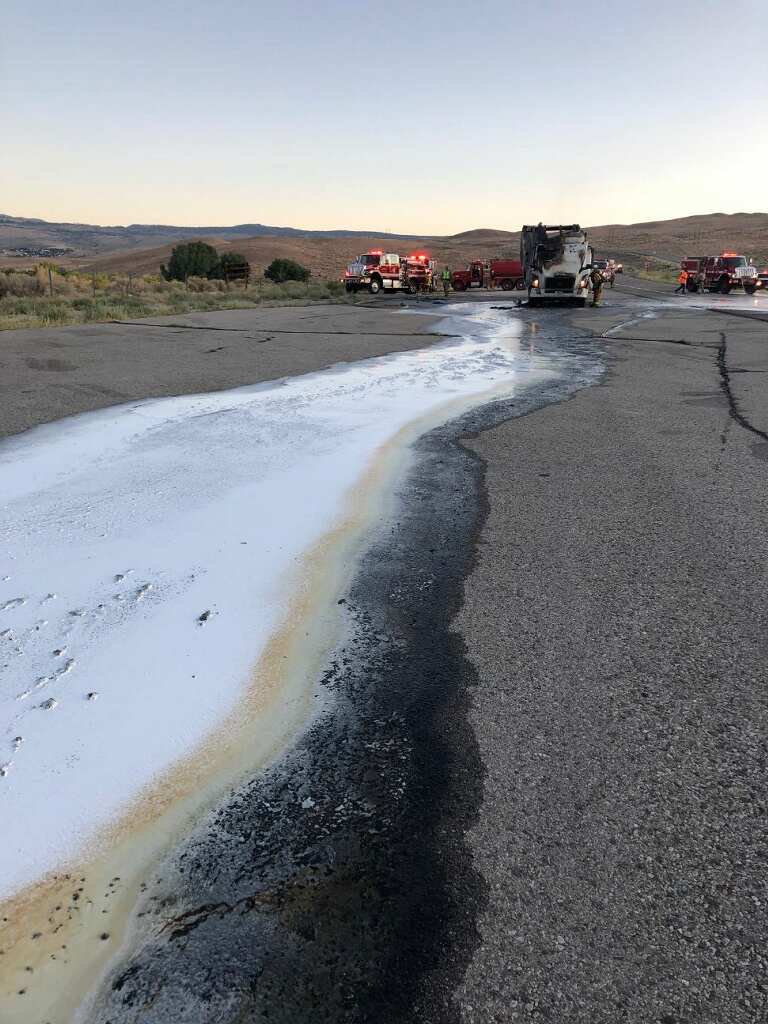