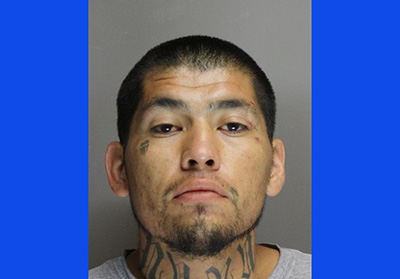 BISHOP, CA. August 12, 2019 – On August 9, at approximately 7:15am, Inyo County Sheriff’s Deputies, and a MINT Investigator arrived at a residence on Winuba Lane to serve an arrest warrant on Allen “Ziggy” Stone, a 29-year old Bishop man.

Deputies attempted to contact Stone in a travel trailer he had been confirmed to be staying in. Stone failed to answer the door and barricaded himself inside. The Special Enforcement Detail was activated to respond, and additional units from CHP and the Bishop Police Department arrived to assist.

Stone exited the travel trailer wearing body armor and holding an improvised explosive device. Stone attempted to detonate the device in his hand while surrounded by family and law enforcement. After a short struggle, Stone was disarmed and taken into custody. No injuries resulted from the incident.