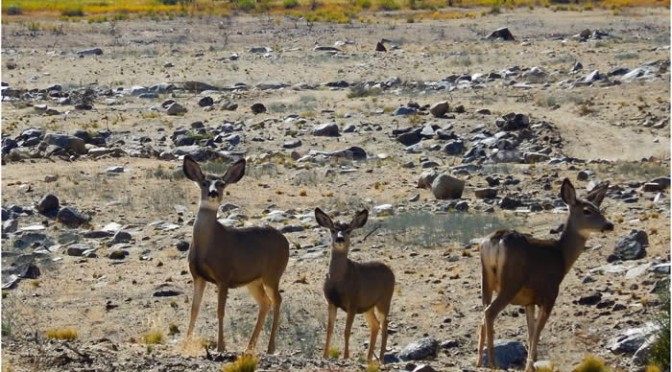 The Mono County Board of Supervisors expressed support in their letter to Caltrans District 9, and encourage the transportation organization to apply for funding which would help mitigate wildlife deaths from vehicles.

Proposition 68 is an ordinance that provides organizations with funding to help reduce the amount vehicle collisions with animals across the state.

Not only did the supervisors express concern for deer crossing the corridor, they also noted the presence of other species including the Bi-State sage grouse. The letter says, “The areas along these roadways host significant wildlife habitat, supporting populations of resident and migratory species, including the Bi-State sage grouse which is proposed to be listed as threatened under the Endangered Species Act, and play a critical role for migrating mule deer in the spring and fall.”

In order to obtain the rest of the necessary funding, Mono County will seek money from other state and federal agencies. “If awarded, funding will also allow Caltrans District 9 and their partners to seek additional state and Federal Funding to support the completion of subsequent project development phases.”