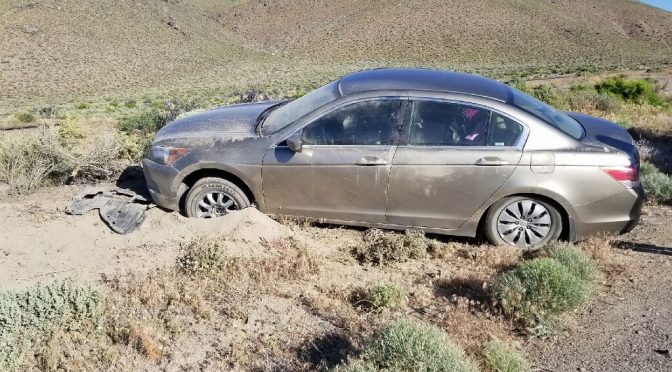 A woman was arrested Thursday after a vehicle spin-out in Poverty Hills. 22 year old, Kianna Hoops from Reno, Nevada was driving a gray Honda Accord south of Big Pine when she lost control of her vehicle for an unknown reason and spun out.

When Hoops lost control of her vehicle, CHP arrived on the scene to investigate the accident. While conducting an inspection, the officer checked inside the vehicle and discovered a lever action firearm as well as a small amount of drugs. After running the serial number, the officer determined that the firearm was not registered to Hoops, and was stolen.

Kianna Hoops was subsequently arrested for possession of stolen property, possession of methamphetamine and possession of drug paraphernalia. She was detained and booked at the Inyo County Jail. Her bail is set for $15,000.