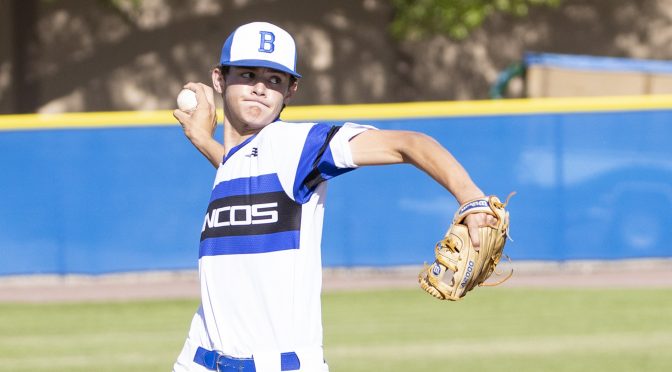 The Bishop Broncos Baseball team are one step closer to winning the High Desert League after eking by against the Boron Bobcats on Friday 7-6. 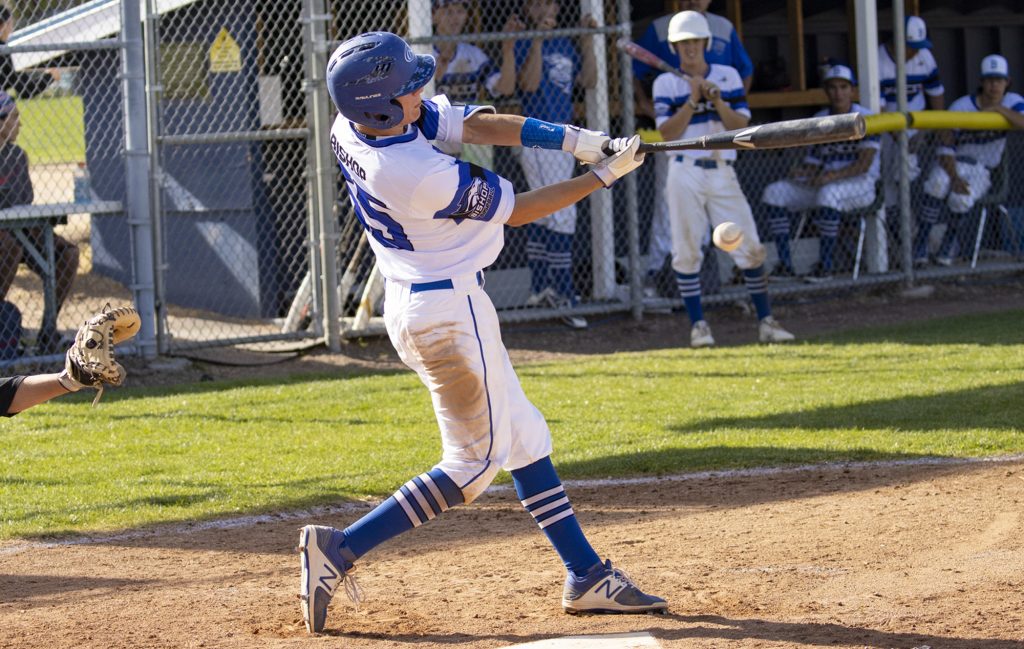 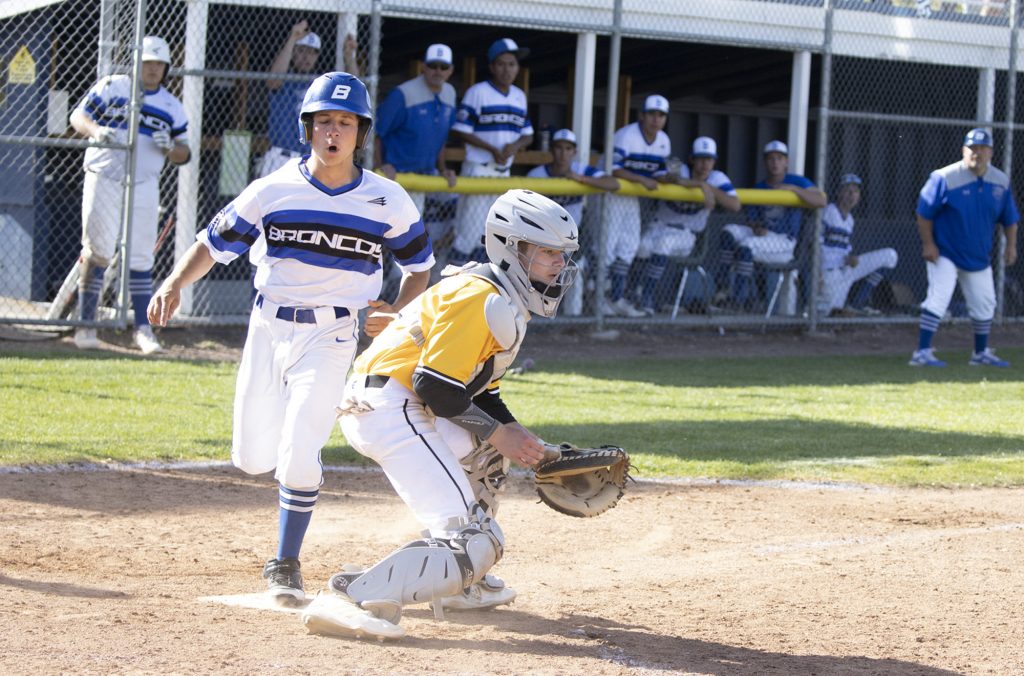 Both Boron and Bishop desperately needed to win this game, with just three games remaining before the playoffs. Boron took an early lead in the game, going up 3-0 against the Bishop. Boron pitcher, Bryson Job had solid command over his breaking ball early, which fooled many of the Bronco batters. However, in the third inning, the Bronco’s bats came alive, scoring two runs to pull within one run of tying the ballgame. 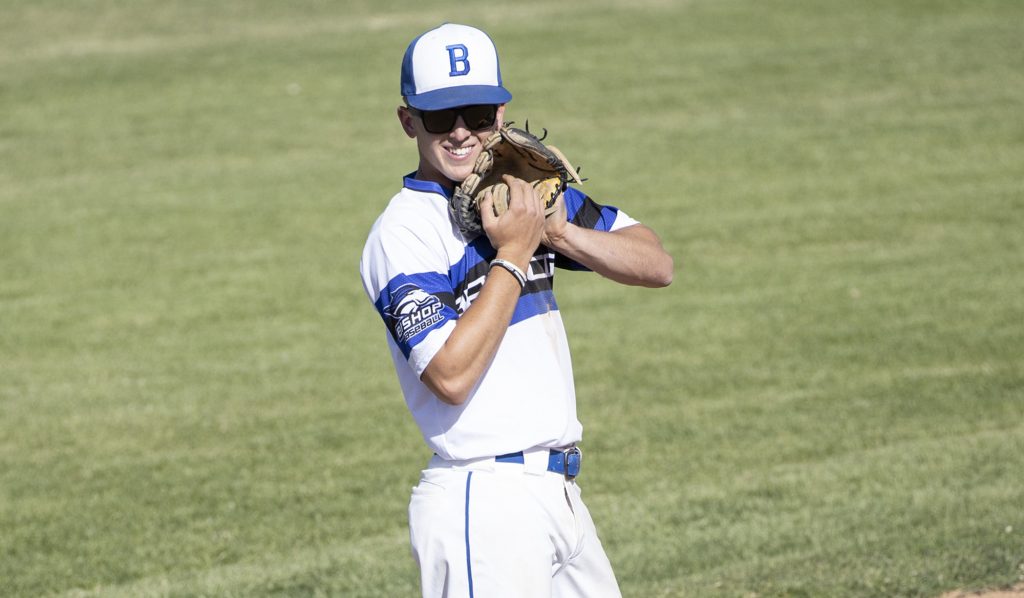 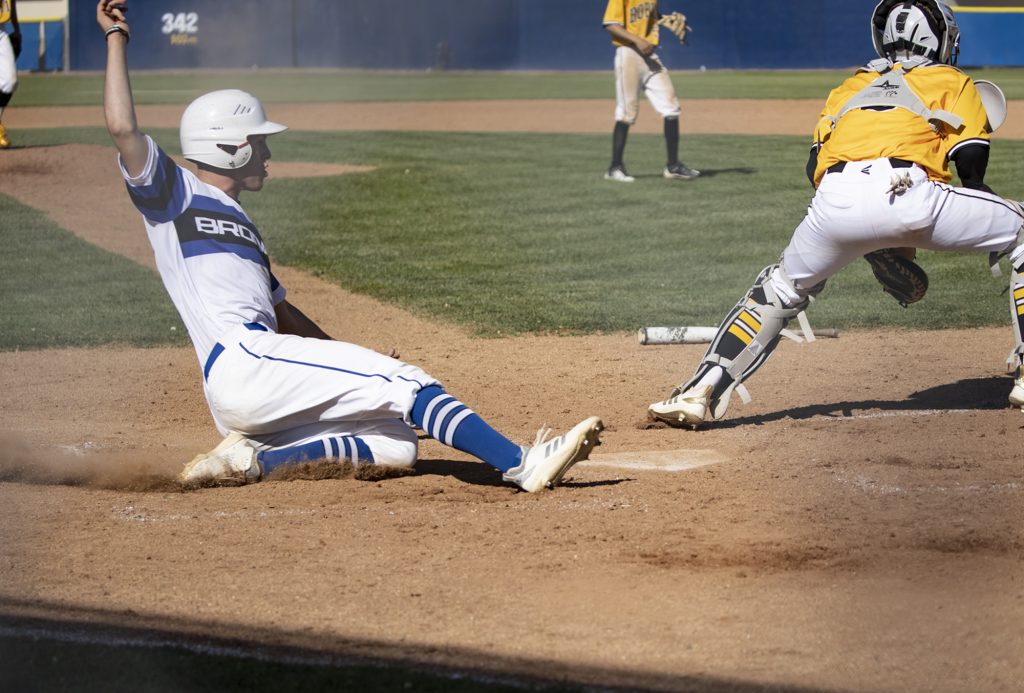 After working to get the game within one run, the momentum swayed back to Boron in the fourth inning, when they scored two more runs. Bronco sophomore, Ace Selters found himself in some trouble with two outs in the inning. Boron catcher, Aaron Core made Selters pay when he belted his pitch to the outfield for a two-run double. 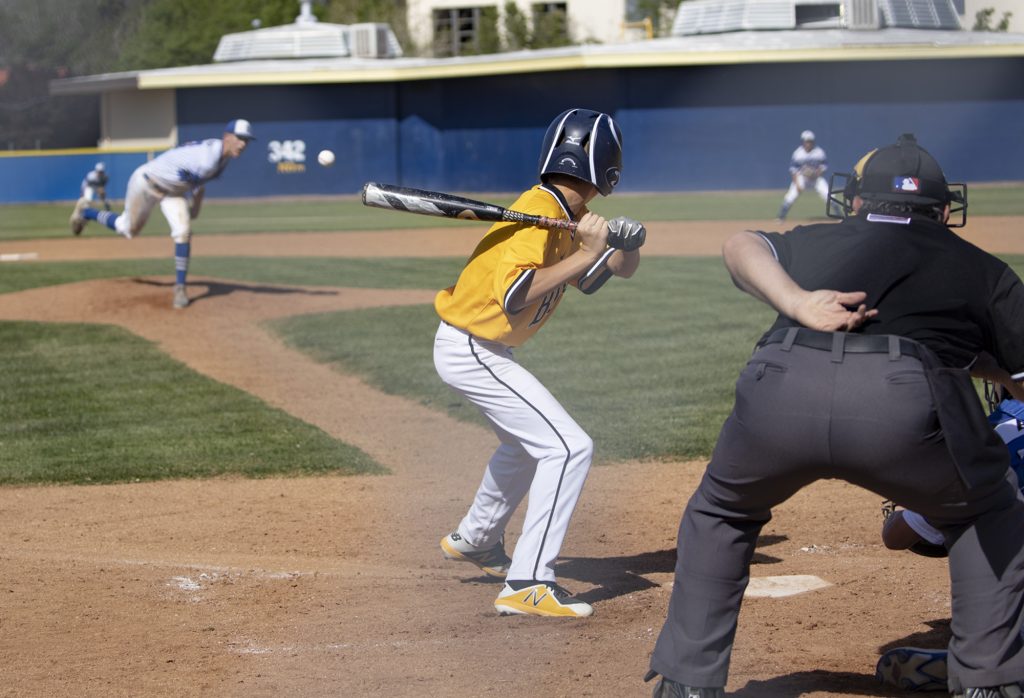 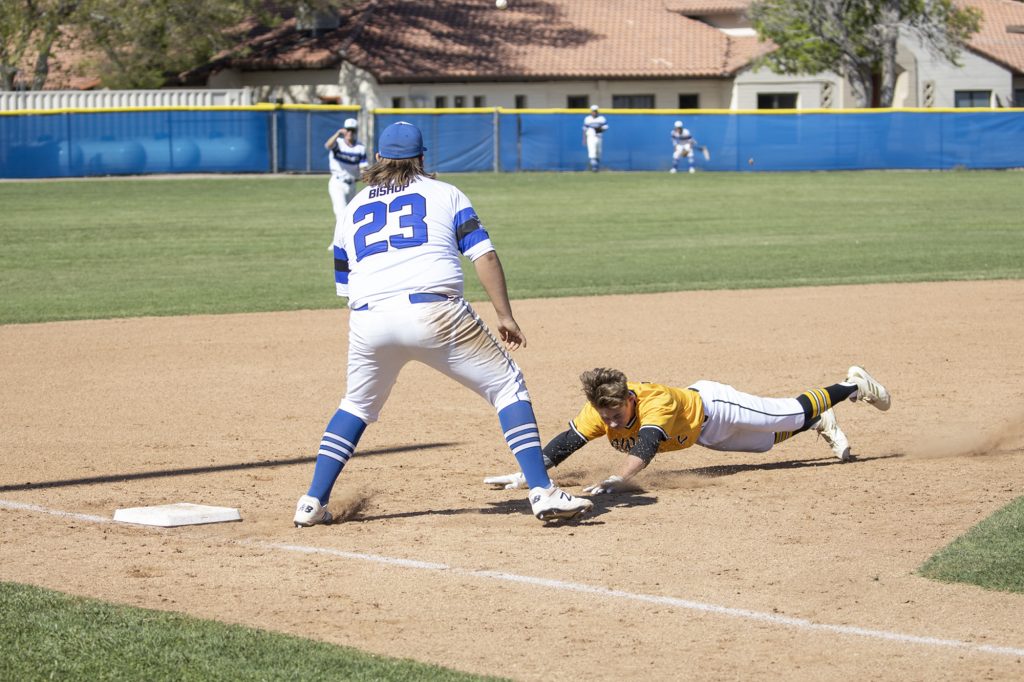 Landon Kruse then came in to save the day for this Bishop Broncos, pitching 3 1/3 innings, striking out eight of the thirteen batters faced. Kruse wasn’t the only hero in the game, however. The Bats came alive right after Boron scored two runs. The Broncos tied the game up going into the fifth inning. 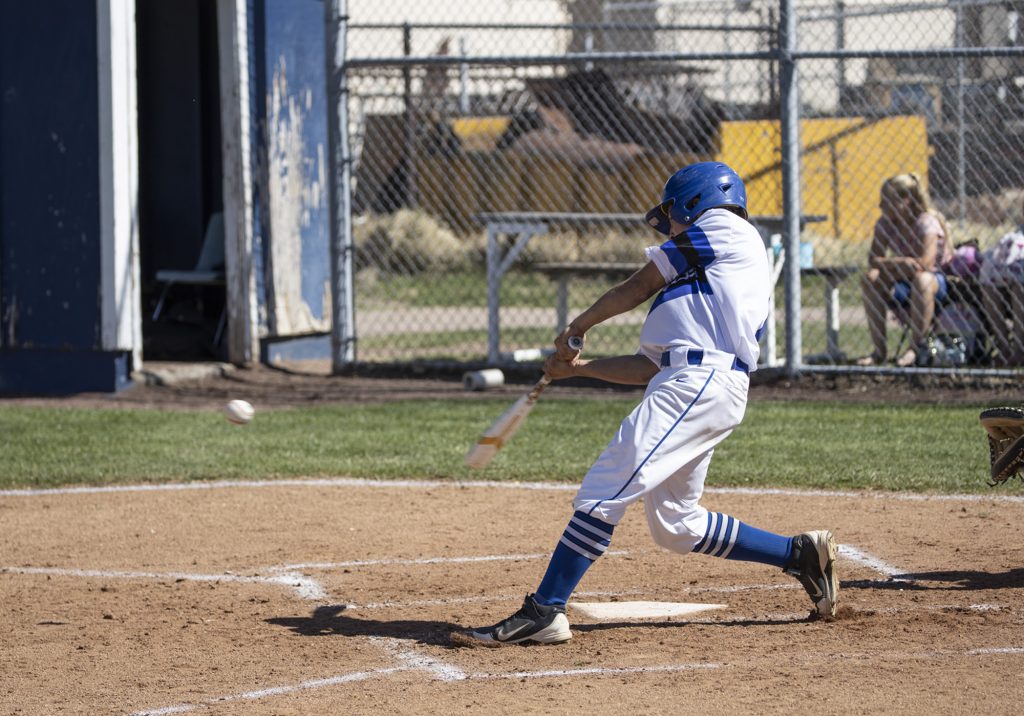 Bishop faced even more adversity in their quest for a High Desert League title, when Boron went up by one run in the sixth inning. The run scored was the only run that Kruse gave up on the afternoon. 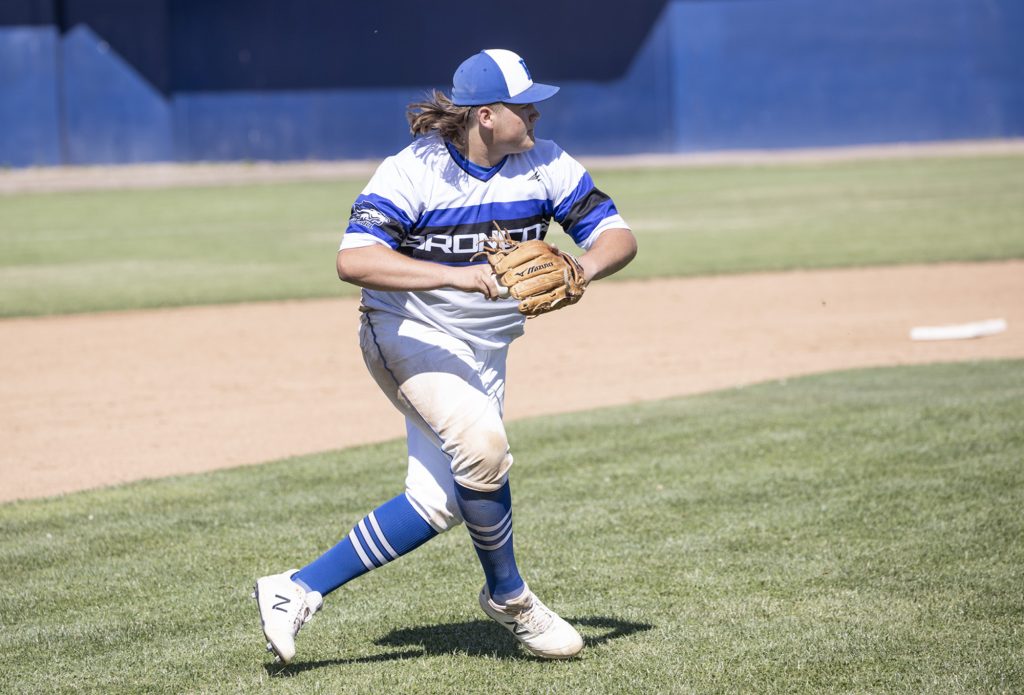 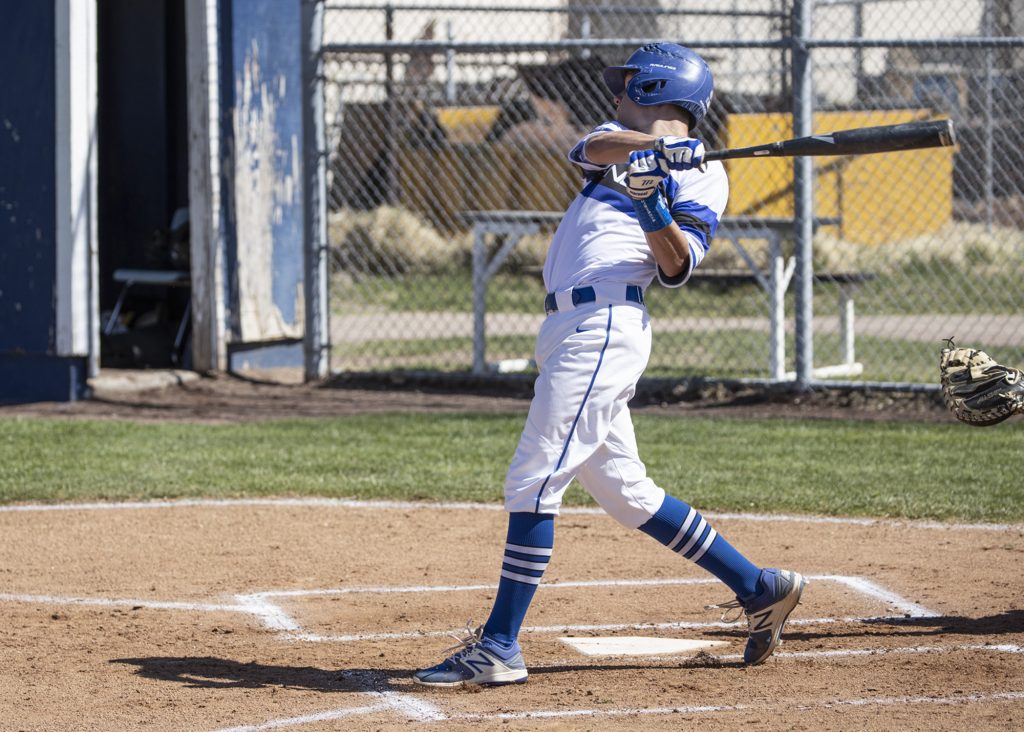 Afterwards, the Broncos were able to rally and scored two runs in the sixth inning. Kruse was able to strike out the final batter in the seventh inning to stave off the Boron comeback. 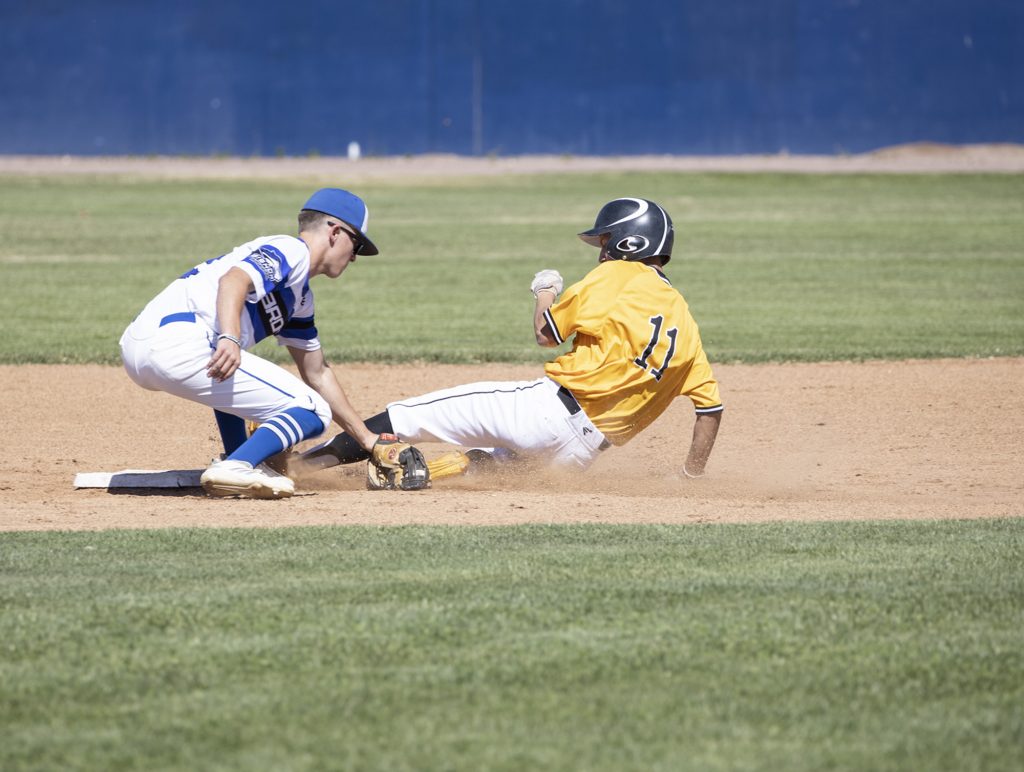 The Broncos will face Kern Valley on Tuesday, then they will close out the regular season against Frazier Mountain on Thursday.