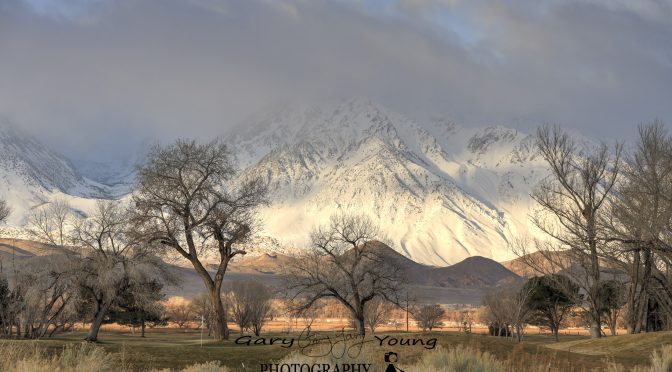 A water-rich snowpack has blessed the Sierra Nevada thus far this year and indicators are that Californians should expect even more rain and snow this year.

The Department of Water Resources (DWR) conducted its third manual 2019 Phillips Station snow survey on Thursday and found 113 inches of snow depth and a snow water equivalent (SWE) of 43.5 inches. The SWE on January 31 at Phillips Station was 18 inches; this time last year the SWE at the same location was just 1.5 inches. SWE is the depth of water that theoretically would result if the entire snowpack melted instantaneously.

Statewide, the Sierra Nevada snowpack is 153 percent of average for this date, thanks to multiple atmospheric river storms during February. DWR Director Karla Nemeth noted the increase in this year’s snowpack saying, “This winter’s snowpack gets better each month and it looks like California storms aren’t done giving yet. This is shaping up to be an excellent water year.”

Nemeth’s reference to “storms aren’t done giving yet” is in part due to the National Weather Service officially confirming on February 14 that the Northern Hemisphere is experiencing weak El Niño conditions. Due to these above-average sea surface temperatures, California is likely to experience more precipitation in the next two months.

As witnessed in Northern California this week when an atmospheric storm blasted the region, flooding is and will be an ongoing concern in certain areas. These include any low-lying areas, water-laden hillsides and the state’s multiple burn areas. This week’s storm made islands out of Guerneville and Monte Rio when the Russian River which topped 46 feet. The river was responsible for the flooding of some 2,000 homes, businesses and other structures.

“Along with the water supply benefits of the heavy rain and snow, there is also increased flood risk,” said John Paasch, DWR Chief of Flood Operations. “We’ve activated the Flood Operations Center, a joint effort between DWR and the National Weather Service, to closely monitor weather, reservoir, river, and flood conditions. Our goal is to share timely and accurate information about changing conditions to help people and communities respond to flood events and stay safe.”

The Sierra Nevada snowpack provides about 30 percent of California’s water needs. The on-going winter measurements of the snowpack is an important tool for water managers across the state to estimate anticipated spring runoff.

Thursdays manual snowpack measurement at Phillips Station augments the electronic readings from nearly 100 snow pillows in the Sierra Nevada providing a current snapshot of the water content in the snowpack. Additional manual measurements of the Sierra Nevada will occur in late March/early April and possibly again in early May at Phillips Station just off Highway 50 near Sierra-at-Tahoe.