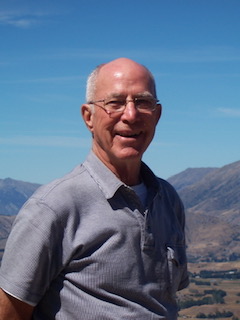 Jack Johantgen was born in Tulsa Oklahoma in 1932. He was the youngest of three sons born to Clara and John Robins Johantgen. Joseph and Robert his older siblings both served in the military and after Jack finished high school he moved with his parents to Prescott Arizona and followed his brother’s example by enlisting in the Navy. Jack served in the navy for three years on an aircraft carrier and went on to receive his degree in engineering from San Diego University.

Jack was married to his first wife Helen Lujan in 1955. They lived in Pasadena as well as San Diego while Jack was in the Navy and eventually settled in Ridgecrest California where Jack began a 30-plus year career at China Lake Weapons Center. Together they raised 7 children: Knud, Helen, Marie, Bess, John, Jeannie and Francis. They were blessed with 12 grandchildren Casey, Allison, Daniel, Richie, Stephen, Alexis, Angela, Remington, Marjorie, Amanda, Regan and Ali.

Jack was an electrical engineer and was recognized for his significant contributions to the Sidewinder short-range air-to-air and antiradiation missiles and radar warning receivers over his years of employment at China Lake. Johantgen, a supervisory electronics engineer who headed the Missile Guidance Branch in the Electronic Warfare Department’s RF Development Division was also is the program manager of the Antiradiation Projectile Program (ARP) for more than two decades at NWC. His notable contributions as a design engineer, system engineer, program manager and line manager were considered the forefront of technology, pushing forward the state-of-the-art and contributed to the outstanding recognition for the Naval Weapons Center as a leader in tactical weapons development.

Jack divorced and remarried his second wife Jeannie Smith in 2001. Through this marriage he was given a gift of 3 more children Shawn, Todd and Tracy; 10 grandchildren: Gavin, Chad, Lauren, Elias, Nicole, Amanda, Caleb, Cassandra, Katie, and Alex; 4 great-grandchildren Skylar, Grayson, Elyse, and Reegan.

Jack lived in Ridgecrest for over 30 years, he also lived in Mammoth Lakes and retired in Bishop with his wife Jeannie. Both were avid skiers and bicyclists. Jack traveled cross county on his bike at age 72. They enjoyed traveling throughout Europe, Mexico and Hawaii, many of their trips included bike tours and sailing. They loved opening their homes in the Sierras to family and friends and hosted many family holidays and celebrations.

Jack was long-term parishioner of Ridgecrest’s St. Ann Catholic Church, St Joseph in Mammoth and Our Lady of Perpetual Help in Bishop California and he served as a Catholic youth educator in both Mammoth and Bishop.

Jack Johantgen died peacefully in his home in Bishop California on Sunday March 10 surrounded by family. He was preceded in death by his brother Joseph Johantgen, his parents Clara Agnes and John Robins Johantgen; son Knud Neilson and daughter Marie Anne Johantgen.

Services:
Rosary is scheduled Friday March 15th at 3 PM at Our Lady of Perpetual Help in Bishop California,
849 Home St. Bishop
Mass will be held Saturday March 16th at 11 AM at Our Lady of Perpetual Help
Reception immediately following the service at the home of Jack and Jeannie Johantgen at 3561 Majestic Way, Bishop
Graveside Service Monday March 18th at 1:30 in Ridgecrest at the Desert Memorial Park 801 S. San Bernardino County Line Rd.