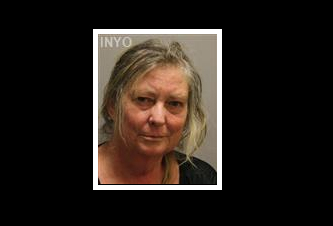 OLANCHA, CA. March 14, 2019 – Inyo County Animal Services conducted an inspection of Diane Chonto’s Wild Burro Sanctuary on Tuesday March 5. Animal Services officers witnessed approximately 160 burros, mules, horses and other livestock suffering from varying degrees of long-term neglect. Several animals had hooves so overgrown that they curled under and continued to grow backwards toward the hind legs; many were unable to stand, and reaching food and water was difficult.
On Tuesday March 11 Inyo County Sheriff’s Investigators and Deputies executed a search and seizure warrant at the Burro Sanctuary. An arrest warrant was served on Chonto and she was taken into custody and booked for felony animal cruelty.
Workers from the Peaceful Valley Donkey Rescue from Texas assisted in relocating the animals to a regional care facility. Prior to transport all animals were checked by a veterinarian. The total number of relocated animals includes: nine horses, seven mules, and 150 donkeys. Additionally one cow, two mini donkeys, and one dog were relocated locally. Six burros needed to be euthanized.