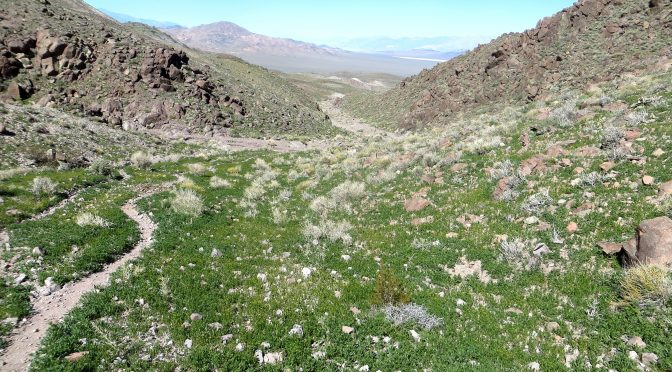 One part of the transfer is a 6,369-acre lollipop-shaped section of land adjacent to the Big Pine – Death Valley Road in the northern part of the park. It includes the Crater Mine, a colorful former sulfur mine.

The 28,923-acre “Bowling Alley” is a long, narrow swath of land on the northern border of Fort Irwin National Training Center. This area includes a portion of the Quail Mountains.

About 93% of the park is designated as the Death Valley National Park Wilderness, which is the sixth-largest wilderness area in the nation and the largest outside of Alaska. The Dingell Act added 87,999 acres of wilderness in North Eureka Valley, Panamint Valley, Warm Springs, Ibex, Bowling Alley, and Axe Head.

The Dingell Act authorizes the operation and maintenance of the existing microwave telecommunications infrastructure on Mormon Peak. AT&T owns this facility, which has been in legal limbo since the land it sits on was designated as wilderness in 1994. With the exception of satellite connections, the Mormon Peak facility relays all land-line telephone, cell phone, and internet connections for Death Valley residents and visitors.