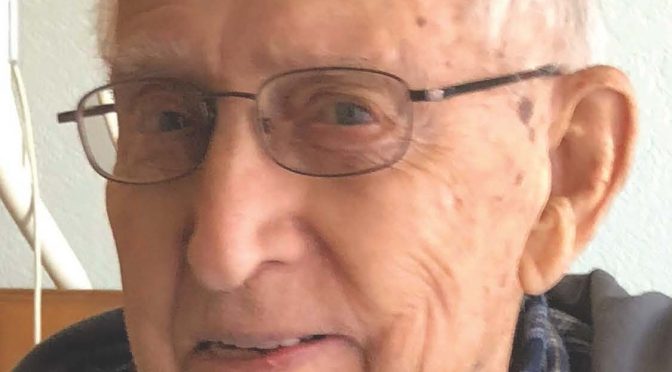 Alois Benedict Coufal, age 91, resident of Bishop for 28 years, was born in Brainard Nebraska on April 12, 1927. He passed away peacefully in his sleep early on the morning of March 5, 2019 at Northern Inyo Hospital. He was surrounded by his highest earthly priority, his family.

Al, as most people knew him, was born and raised on a farm in southeastern Nebraska. After a tour of duty in the Army in the Korean War, he returned home to meet his wife-to-be, Phyllis Potter at a church dance and was married shortly thereafter on April 24, 1950. They started their family on their farm near Seward Nebraska, before moving to Southern California in January 1956. They lived in Anaheim from 1960 until they moved to Bishop in 1991.

Besides his family and his church, he loved fishing, his flower garden, and polkas. No matter the need or activity he always had time for his kids, grandkids and great grandkids.

He was professionally an auto mechanic and could do anything with his hands. He owned his own gasoline station in LA before going to work for the City of Anaheim. He had a 28-year career with the City of Anaheim as a Fleet Repairman and ultimately as a Shop Supervisor.

A Rosary Service and Funeral Mass was held at Our Lady of Perpetual Help Catholic Church. Burial took place at the Line St Cemetery on Friday, March 8.