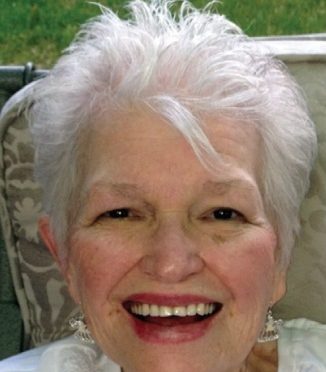 Mary Jeanne Yaeger was called to be with her Heavenly Father on January 22, 2019. She was 90 years old. Mary was a loving wife, mother, sister, grandmother, and great grandmother. She was born in Bessimir, Alabama on September 15, 1928 to Herman and Maydred Bains.

Mary graduated from Blue Mountain College with a major in Mathematics and a minor in Religion. She was employed at Eglin Air Force Base where she met the love of her life, Jack Yaeger. Jack would write her notes and leave them on the windshield of her car. They married in 1959 and spent the next 55 years together.

Mary was the quintessential Southern Lady sharing her kindness, gentleness, laughter, and gracious and warm hospitality with family and friends. After cleaning the kitchen from the evening meal, she would always ask, “Does anyone want a peanut butter and jelly sandwich?”

She devoted her life to the education of children. Her gift was reaching students and connecting with them on their level. Former students shared how Mrs. Yaeger touched their lives and impacted their future career choices.

Jack and Mary moved to Bishop following their retirement. They spent their golden years fishing the Owens River and spending time with their children, grandchildren, neighbors and friends from Our Lady of Perpetual Help Catholic Church.

Her husband, Jack Yaeger, predeceased her in September 2014. Mary’s strength came from her deep faith and she was a sweet Southern child of God. Her funeral will be Saturday, February 23 at 11 a.m. at Our Lady of Perpetual Help Catholic Church. Reception to follow at Whiskey Creek at 12 p.m.