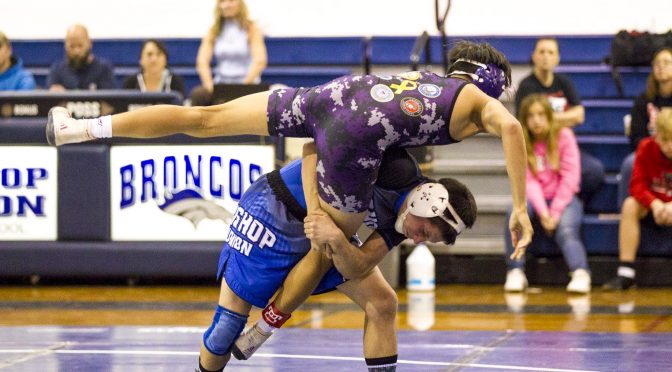 Last week, two young ladies on the Bronco wrestling team competed in the girl’s 2-day CIF divisional playoffs in Tulare. Freshman Renee Ashworth wrestled at 123 pounds while senior Tia Barfield wrestled at 162 pounds. On the first day, Renee went 0-2 while Tia, who was seeded #1, pinned her first two opponents in 12 and 17 seconds respectively. On the second day, Tia pinned her next opponent in the semifinals in 1:29, which put her into the finals. In the finals, Tia dominated her opponent by a score of 13-0 before pinning herin the second period, earning her a first place finish.

Coach Mark Hodges said, “Tia’s record is now 30-1 and I was not present when she lost earlier in the season. In fact, I had yet to see a point scored against her. For this reason, I was surprised when she was taken down in the semifinals match, where she quickly did a reverse and then pinned her opponent. It was only after the match that I found out she had slipped.”

Tia will compete in the Central Section Master’s Tournament in Lemoore next week, where she hopes to qualify for the State Tournament the following week. 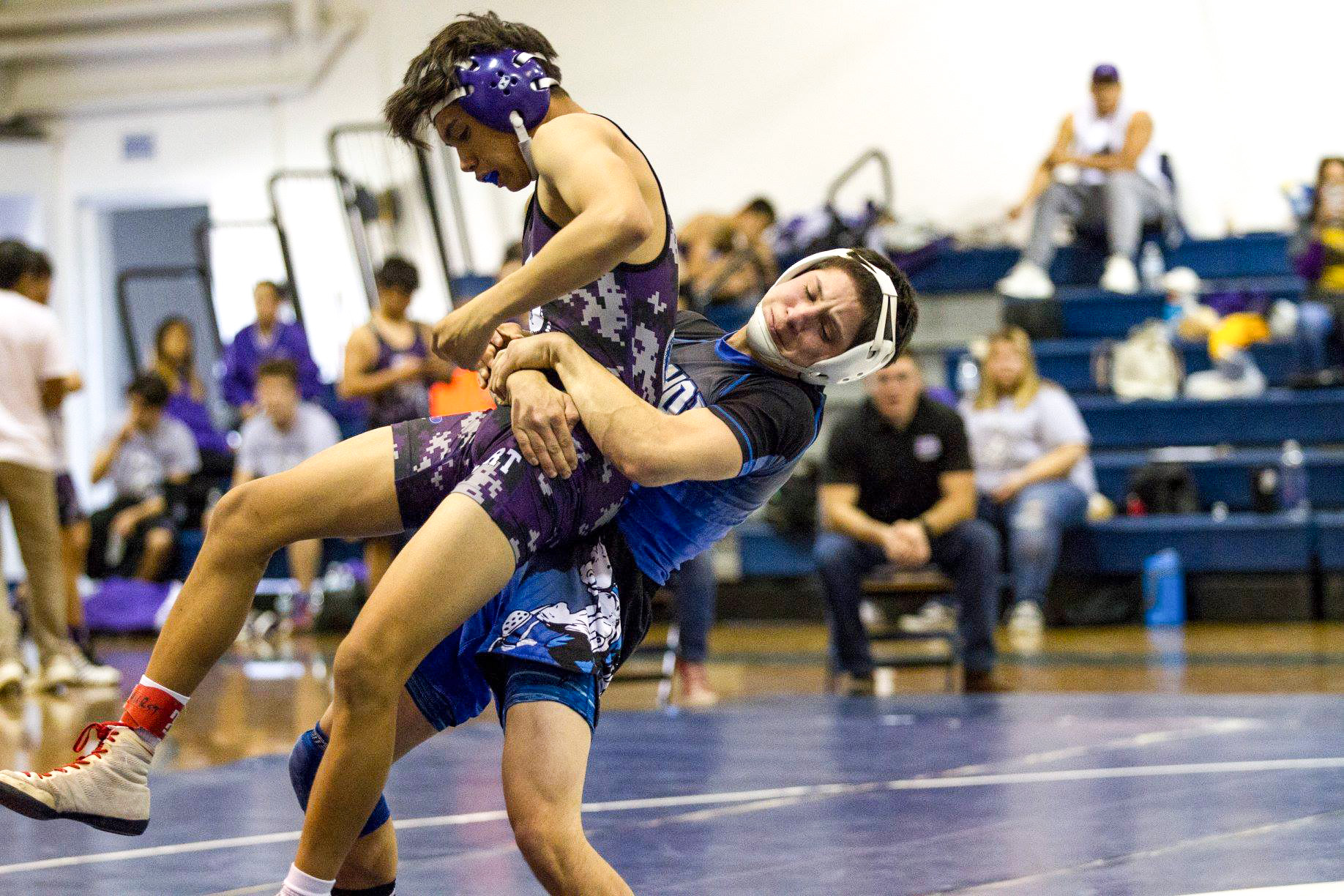 Both Billy and Scott went 0-2 while Mark, who was seeded #1, pinned his first opponent in the first period. On the second day, Mark went up against the #4 seeded wrestler in the
semifinals. Mark was in control the entire match and won by a score of 5-1, which put him into the finals where he met his good friend and rival from Desert High School. Again Mark prevailed, winning by a score of 4-2, making him a CIF champion. In the awards ceremony, in a vote by all the coaches, Mark was voted the MVP of the lower 7 weight classes!

Coach Mark Hodges said, “I am so proud of all 5 wrestlers on the team; they all wrestled their best, which is all any coach could ask for. To have 2 CIF Champions on a team of 5 incredible and a credit to their hard work. I was so happy for Mark when he won the MVP
award, of course I thought he was the best wrestler there, but I didn’t know so many of the other coaches felt the same way.”

Like Tia, Mark will compete in the Central Section Master’s Tournament in Lemoore next week, where he also hopes to qualify for the State Tournament the following week.