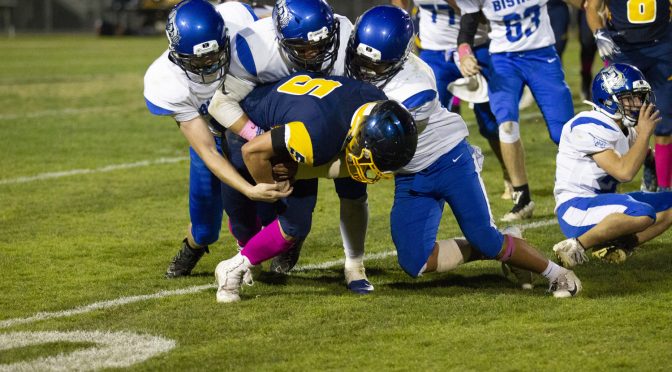 Lake Isabella- The Bishop Broncos took on the Kern Valley Broncs in their first game of Desert Mountain League play on Friday. Bishop had a difficult time getting the offense to click for most of the game, turning the ball over three times. However, as the game went on, the Broncos were able to get things going on the ground. Running backs, Wesley Pettet and Steven Paco combined for 229 yards on the ground, as well as two touchdowns. The Broncos are riding the momentum of a four-game winning streak, with a 5-2 record on the season. Head coach, Arnie Palu’s team will host Rosamond next game on October 12th for their second game of Desert Mountain League play.