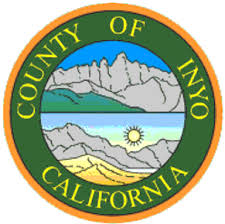 Longtime Inyo County Administrator Kevin Carunchio has announced his retirement after 13 years with the County.

Carunchio, County Administrator since 2007, informed the Board of Supervisors on Tuesday, June 12 of his intent to retire following completion of several outstanding projects, including the Fiscal Year 2018-2019 County Budget. He plans to continue living in the Owens Valley, raising his two children and devoting more time to volunteer work and other opportunities.

Noting that it is an exciting time for the County of Inyo, with several major projects in the hopper or poised on the brink of fruition, Carunchio said he plans to spend the next several weeks focusing on helping to guide those initiatives through their current phases, including consideration of the lease agreement for the Consolidated County Office Building Project, consideration of a contract for the 21st Century Obsidian Project, a State of the Parks report, and development of the Bishop Airport with an eye toward commercial air service.

“I am, and will always be grateful for the opportunity this Board has, and previous Boards of Supervisors have provided me to serve as Inyo County Administrator,” Carunchio said. “I truly love the job, the county, and our communities. Thank you with all my heart.”

The Board of Supervisors is expected to begin discussing the process for identifying Carunchio’s replacement in the coming weeks.

Carunchio has worked for the County of Inyo since May of 2005, initially serving as Deputy County Administrator who was responsible for economic development programs and budget analysis, preparation, and implementation. He also served as the interim Library/Museum Director, in addition to numerous other capacities for the County of Inyo, before being appointed to County Administrator in October of 2007.

Prior to being employed by the County of Inyo, Carunchio worked in California cities government and management.