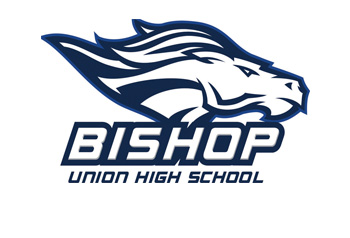 The Bishop Bronco Baseball and Softball Teams ended their regular season play on Thursday. The Boys Varsity Baseball and Girls Varsity Softball Team traveled to Frazier Mountain for their final game.
In the Boys game, the Broncos would end the regular season with a victory over Frazier Mountain 14-3 and improve their league record to 8-2.
The Broncos wasted no time getting on the scoreboard, first, in the top of the first inning. Justin Yates would start by hitting a single to center. Mike Kubiak would step up to the plate and was hit by a pitch. Yates would score from second base, on a wild throw, getting the Broncos on the score board. Brodie Maloney was next up for the Broncos and would pound out a triple that would allow Kubiak to come around and score.
Going to the bottom of the inning, leading 2-0, Frazier Mountain would get one run back to cut the Bronco lead to one run.
In the top of the second inning, Lukas Di Angelo would score and the Broncos would go to the bottom of the second inning with a 3-1 lead.
In the bottom of the second inning, the game became really interesting and Frazier Mountain would score two runs and we would go to the top of the third tied at 3.
The Broncos and Ravens would both be held scoreless in the third. Then, in the fourth, the Broncos would wake up the bats. With one out, Matthew Rosga would get on base on an error. Di Angelo would get a base hit. Yates stepped into the batters box and with a 2-1 count would get a triple and bring home Di Angelo. Kubiak would follow that up with double to center scoring Yates. The Broncos weren’t finished as Maloney would hit a double to left and Kubiak came around to score. Parra was next at the plate and hit a triple that allowed Maloney to visit home plate. Hunter Beal followed Parra with a single and bring Parra around. When the top of the fourth inning was finished the Broncos would score six runs and take the lead 9-3.
The Ravens would be retired, in order, in the bottom of the fourth. And, the Broncos would continue where they left off going to the fifth inning adding five more runs. The Ravens were unable to score anymore runs and Broncos would win on the ten run rule.
On the mound for the Broncos was Yates, who would go the distance to get the win. In doing so, Yates would strike out 8 batters, walk 2 and allow 5 hits.
The Broncos now wait to see who they will face in the first round of the playoffs. Preliminary Play-off rankings have the Broncos ranked #1 in the Central Section Division 6.