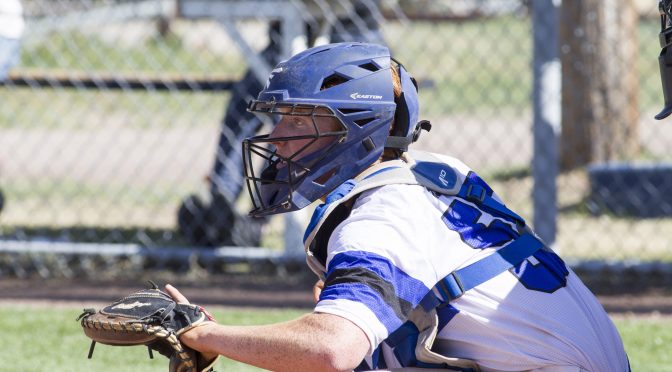 The Broncs would get on the scoreboard in the first inning and take a 1-0 lead going to the bottom of the first. After Justin Yates walked, Mike Kubiak would hit a monster fly ball that would be ruled a ground rule double to left field.

Brodie Maloney would follow with a double to center field that brought Yates and Kubiak around to score to take the lead 2-1.

Next up was Cal Omohundro who would hit the second double of the inning bringing Maloney home. Going to the top of the second the Broncos had the lead 3-1.

From that point on, it was all Bishop Broncos as they would hold Kern Valley scoreless the rest of the game.

In the Bottom of the second Lukas Di Angelo would reach first on an error. With two outs, Kubiak would hit a ground ball to left. That would bring Maloney to the plate.

With a 1-1 count, Maloney would get the games only home run as he would hit rocket that landed on the boys locker room roof and make the score 6-1.

Lorenzo Parra would follow Maloney with a triple. Omohundro came to the plate and a single to the opposite field, scoring Parra.

In the fifth inning, the Broncos added four more runs and another four in the six inning.

Justin Yates, on the mound for the Broncos, went six innings to get the win striking out six batters, one walk and allowing just four hits.

Austin Thomas would come in to close the game in the seventh inning facing four batters, with one walk and two strike outs.