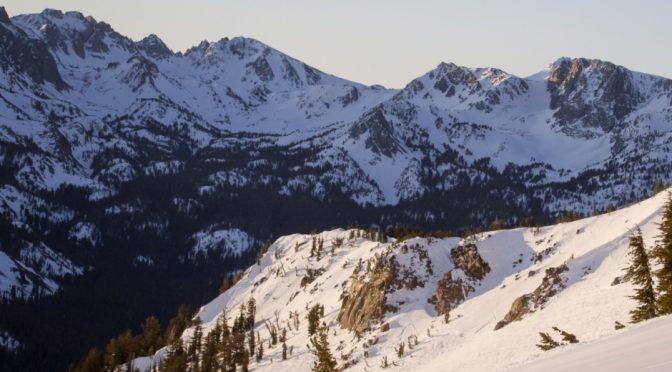 ENVER, CO, February 7, 2018 – Alterra Mountain Company announced the appointment of Rusty Gregory as Chief Executive Officer. Mr. Gregory is an investor in the company and has been a member of the Board of Directors since the company’s inception in August 2017. Mr. Gregory is an experienced travel industry executive and proven mountain resort innovator. His career in the ski industry spans 40 years starting as a lift operator at Mammoth Mountain in California where he rose through the ranks to become an owner and the company’s Chairman and CEO for over 20 years.

Mr. Gregory will focus on establishing the newly-formed Alterra Mountain Company’s culture and developing the growth, operating and guest service strategies for its platform of mountain destinations across North America, while leading its more than 20,000 employees.

“I’m thrilled to be leading the Alterra Mountain Company team in its formative years at such a pivotal time in the mountain destination industry. This is truly the opportunity of a lifetime: to work with so many highly respected industry leaders and some of the most iconic mountain destinations in North America,” said Rusty Gregory, Chief Executive Officer of Alterra Mountain Company. “Together we will create a highly performing enterprise by focusing on what’s important – our guests, our employees, and our mountain communities. We will build our business by enhancing and enriching the lives and experiences of each.”

“Since the formation of Alterra Mountain Company, Rusty has served as a Senior Strategic Advisor and has been instrumental in creating its vision and direction. He has played a crucial role in the creation and collaboration of the Ikon Pass,” said Eric Resnick, Chief Executive Officer of KSL Capital Partners. “He is a clear leader in the industry and a natural fit to lead Alterra Mountain Company into the future as well as execute on our promise to innovate while enhancing the unique nature of each of our destinations.”

Last month, Alterra Mountain Company launched the Ikon Pass, a new pass product for the 2018-2019 winter season that combines the company’s 12 destinations with 11 partners from

“With the Ikon Pass, we have created an unrivaled platform that offers one-of-a-kind mountain experiences under one pass, by combining our portfolio of 12 destinations with 11 iconic mountain destination partners across North America,” Gregory continued.

Mr. Gregory has experience in all facets of the ski industry and resort business, including time spent as a lift operator, equipment operator, lift maintenance and construction supervisor, ski instructor, heli-ski guide, Director of Human Resources and Chief Administrative Officer. He founded and operated Mammoth Heli-Ski in the 1980s, Mammoth Land and Development Company in the 1990s, and became an owner of Mammoth Mountain Ski Area in 1996. He engineered three sales of the company, increasing his ownership stake with each transaction.  Sixty percent of Mammoth Mountain was sold to Intrawest in 1996, and the entire enterprise was sold to Barry Sternlicht’s Starwood Capital Group LLC and co-investors David Bonderman of TPG and Jonathan Nelson of Providence Equity in 2005.

Mr. Gregory is past Chairman of the National Ski Areas Association, Trustee of the U.S. Ski and Snowboard Team Foundation, and Trustee and past Vice Chairman of the Yosemite Conservancy. He was appointed by Governor Arnold Schwarzenegger as Commissioner of the California Travel and Tourism Commission where he served as CFO and Vice Chairman. He is also the Founder and Chairman of the University of California Santa Barbara’s Valentine Reserve Environmental Research Fund.

“We are happy to welcome Rusty to the helm of Alterra Mountain Company and look forward to our continued collaboration,” said Bill Crown, Alterra Mountain Company Board Member and Partner of Henry Crown and Company. “We thank Bryan Traficanti for his service and leadership as Interim Chief Executive Officer and are pleased to have his continued guidance as a Board Member.”