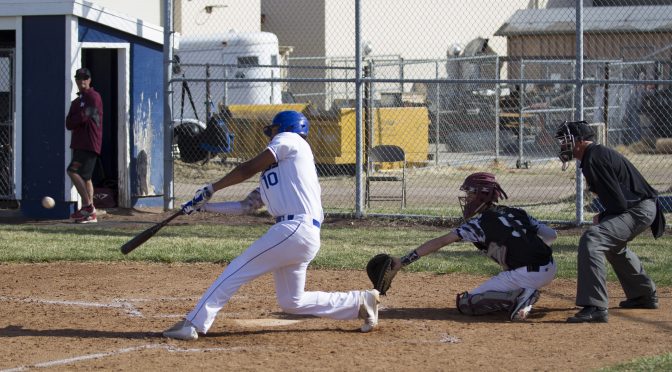 Bishop Bronco’s scored a home game victory over the Mammoth Huskies on Friday, March 17th with the final score of 7-6.

Mammoth tagged Yates with two runs in the top of the 1st inning putting the Bronco’s behind early on.

After three innings the Bronco’s were down by a score of 4-3.

In the 4th inning due to some questionable base running decisions by the Huskies, the Bronco’s pulled off a triple play to get out of what could have been a big inning for Mammoth.

Bronco bats came alive in the 5th inning and put the home team ahead for good. Hunter Wassdorp was 1 for 3 with a RBI

Brodie Maloney – 1 for 3 with a couple RBI’s Next up for the Bronco’s is Lone pine on March 21st.