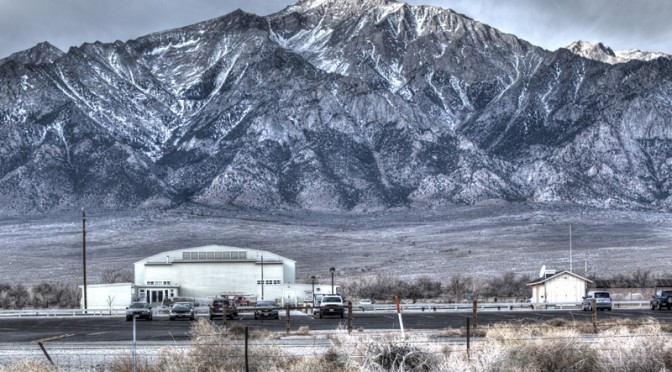 On February 19, 1942, President Franklin D. Roosevelt signed Executive Order 9066, authorizing the US Army to exclude “any and all persons” from designated areas. While the order did not name a specific group, the Army forcibly removed and incarcerated all Japanese Americans and Japanese immigrants in California, western Oregon and Washington, and southern Arizona. The government incarcerated more than 11,000 of these men, women, and children in Manzanar. In 1992, after decades of grass-roots efforts by Japanese Americans and others, Congress established Manzanar National Historic Site. Since then, the National Park Service (NPS) has worked with scores of stakeholders to preserve and interpret Manzanar and its stories.

The first of the three, artist Michi Takemoto’s show opens February 18, featuring a series of watercolors she painted from historic photographs, including many taken 75 years ago. Her parents and two-year-old brother were incarcerated at Tule Lake in Northern California before being transferred to Topaz, Utah, where Michi was born. Her family eventually resettled in Chicago, Illinois. Ms. Takemoto spent her 30-year career as a psychotherapist in Redding, California. She will be available Saturday, February 18, 2017, from 11:00 a.m. to 1:00 p.m., to meet with visitors and share her work. Manzanar History Association will offer light refreshments. The show will run through late March.

For those unable to experience the shows in person, the artist’s works are featured online.

Manzanar is located at 5001 Hwy. 395, six miles south of Independence, California. For more information, please call 760-878-2194 ext. 3310 or visit our website at www.nps.gov/manz or Facebook page at www.facebook.com/ManzanarNationalHistoricSite.