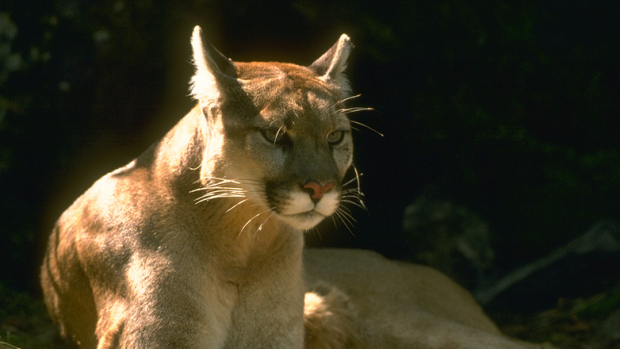 According to Lt. Bill Dailey at the CDFW law enforcement division, on Feb 24 2017 at approximately 1500 hours a hunter who had been hunting near the north
shore of Mono Lake for coyotes had a mountain lion encounter. The hunter was wearing
camouflage clothing lying on his stomach on top of a small knoll blowing on a distressed rabbit
call when he heard a noise behind him. As the hunter looked over his shoulder he saw a
mountain lion had jumped in the air and was coming toward his head. While lying on the
ground the hunter threw up his arms in order to protect his head. The lion landed on the
hunter’s head, sprung free and ran towards the north. The hunter, being in fear for his life fired
two shots striking the lion. He then returned to his vehicle and notified DFW Officers.
The hunter sustained a minor injury to the back left side of his head that did not break skin.
The hunter sought medical treatment from Mammoth Lakes Hospital and initiated the rabies
shot series. Evidence from the scene was collected and sent to DFW’s Wildlife Investigations
Lab in Sacramento. The lion will be necropsied and tested for zoological diseases including
rabies.
An analysis of the tracks found at the scene of the incident left a very clear picture of the event
and how it unfolded. It appeared the lion was responding to the distressed rabbit call and the
encounter resulted in the hunter possibly being mistaken for prey by the lion. Given the
circumstances, the lion likely mistook the hunter for an injured rabbit and given the suddenness
of the attack the hunter responded in fear for his life.
The Department will not be filing any charges for the take of the mountain lion.