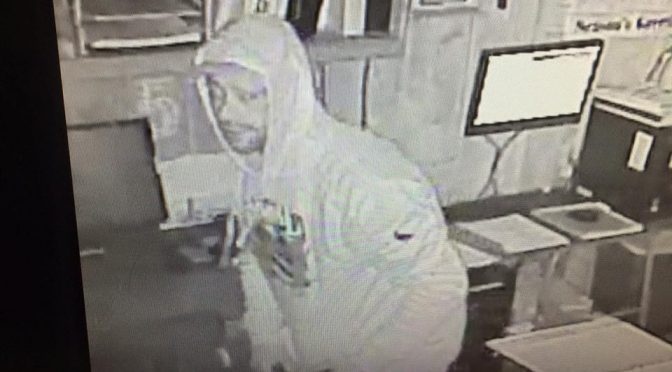 On Friday night in Bishop, a blue Jeep Liberty was stolen from a local auto repair shop. A surveillance video captured the mans image as he stole the keys from inside the shops office.  Bishop Police were able to determine from the video that the suspect was a white male with dark hair, standing approximately 5 feet 10 inches tall, and weighing approximately 170 pounds.

After remaining at large for several days the suspect was captured and arrested in Lovelock Nevada.  The man was identified as 35 year old Michael Jason Ariola from New Hampshire.  There was some speculation within the community that this incident may have been linked to a recent burglary at High Country Market in Big Pine, but law enforcement does not believe that to be the case.

Friday nights theft was Bishops’ 2nd auto theft in less than a week.  A white Audi A4 was stolen on Christmas Eve.  The 2 incidents are not related.