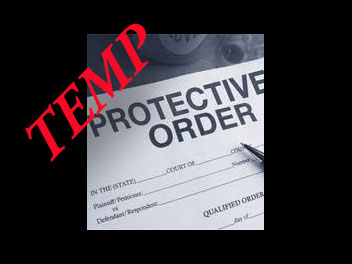 According to a press release form Ron Napoles, in compliance with a Temporary Protection Order (TPO) issued by the Bishop Tribal Court on Nov. 22, 2016 against five members of the Warlie family they have removed their livestock fence and property from land assignment Block 3 Lots 6 and 7 on North Pa Ha Lane. The TPO also prohibits them from entering the Lots and subjects them to arrest by any local law enforcement and prosecution on federal charges. Entering the land and compiling additional citations/ fines and being arrested would do nothing to advance their purpose. Our removal of property is a necessary step in the continuing their legal fight. The family will be back in court on Dec. 20. They believe the Temporary Protection Order to be invalid and will seek a legal recourse. On advice of their lawyer they decided to avoid other legal charges diverting resources and taking focus off the real issues.
Napoles also stated that, first, in 2013 Bishop Paiute Tribal members voted against expanding the Paiute Palace Casino. Therefore, the Tribal Council has no authority to commit any tribal resources to casino expansion. The Tribal Council must be accountable to the General Council (Tribal Members) and all expansion plans immediately stopped. Second, in 2014 the Tribal Council cited the family for trespass for being on our Family land and then took possession by force. In consecutive losses over a two-year period in the Tribal Court of Appeals, the Tribal Council failed to prove it had any right to the land and our trespass charges were reversed. Upon Remand to the lower Bishop Tribal Court, the Council opted to Dismiss with Prejudice leaving our trespass reversed, and forfeiting its right to cite us again.
Napoles concluded that they have proven their right to the land in court. Now the Tribal Council is trying to re-litigate the case outside of court and through the media. Absent any legal standing the Tribal Council is attempting to claim sole authority over all legal decisions and reservation land in contradiction to long-standing customs and law.