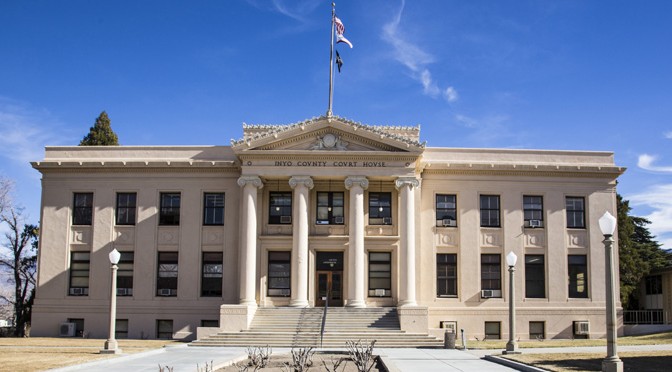 EFFORT TO SAVE ROVANA VILLAGE FROM POSSIBLE CLOSURE

The Inyo County Board of Supervisors will consider tomorrow, throwing its support behind an effort to save Rovana village from possible closure, which could result in the eviction of 86 households.

According to the planning department, the owner of the village, John Hooper, was told by State Water Resources Control Board Staff that the wastewater treatment plant serving the housing development needed to be a Grade III or higher – a directive that the owner says will cost him an estimated $200,000 a year. He says the added cost would have to be passed on to renters in the form of a $200 a month increase, which he believes the current tenants of his 86 units cannot afford. Hooper also says it is unlikely he will be able to find new tenants to replace the ones who have to move out, and would have no other option but to shut down the village.

Planning Department staff estimates losing Rovana Village would eliminate about 5% of Inyo County’s total rental housing – what they called, ” a significant depletion,” in rental housing available at a moderate price.

Hooper has petitioned the State Water Resources Control Board to allow staff to consider amending regulations so he can continue using a less costly wastewater treatment plant operator. Both he and First District Supervisor Dan Totheroh are asking for the Board of Supervisors’ support of the petition, which may include asking for help from Assemblyman Devin Mathis and State Senator Tom Berryhill.

Planning staff cautioned that whatever the Board does decide, time is of the essence – since Hooper must have all documentation into the state by january 2nd.