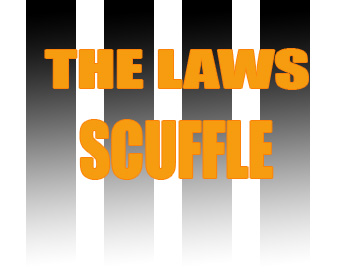 There’s been an explanation to all the sirens heard in Bishop on Monday afternoon. According to CDC Public Information’s Officer Bill Sessa, the incident on Highway 6 that promoted a response from law enforcement Monday involved inmate work crews from the Owens Valley Conversations Camp. The inmates were working on an erosion control project for the Department of Water and Power, typical of the work they do when they are not fighting wild land fires,

Essentially, the incident was a fight between two inmates that ended quickly. But the incident seemed bigger than it actually was and the response from law enforcement turned out to be a lot more that was needed. The other 70 inmates on the project were not involved in the fighting, but were trying to stop it. When a 911 call went out for assistance to bring the situation under control, there was understandably a large response from local law enforcement, since they didn’t really know the true scope of the problem.

CDC appreciated  their response and it’s easy to see why so many responded, since they have a responsibility to preserve law and order. But in the end, this was simply a fight between two inmates, neither one of which were hurt seriously. In fact, no one was seriously injured, other than a few bumps and bruises. The two inmates who created the situation have since been returned to a secure facility  and are no longer in the fire camp program.