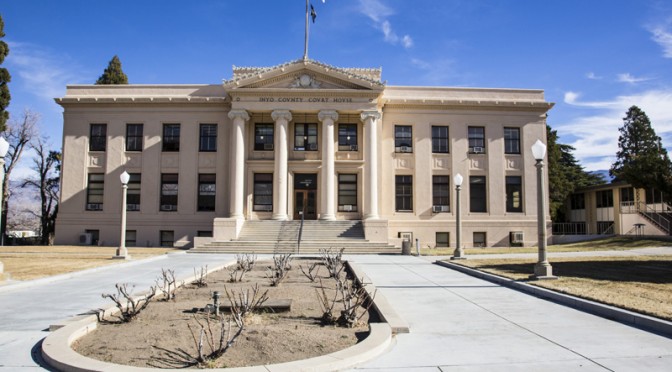 The fact that only one of three Inyo County Supervisor seats is being contested has not slowed interest in the June 7th election.  Inyo County Clerk-Recorder and Registrar of Voters Kammi Foote says that voters are fired up about June 7th, “We have had hundreds and hundreds of people registering to vote since January, so interest is high.  In the last two presidential election cycles in Inyo County we have had over 80 percent turn out and I’m expecting and planning for at least 80 percent for this upcoming primary.”

Foote has instructions for those looking forward to casting a vote for their favorite in the Presidential Primary. “Its really important that folks know, all voters can vote in a primary election, but voting for president depends on the party you’re registered with. So if you are registered with a political party, you can vote for a candidate running for president in that party. If you’re registered with no party preference you can choose to vote in the presidential primary for the Democratic, American Independent or Libertarian parties. If you register with no party preference and want to vote in the Presidential Primary for the Republican, Green or Peace and Freedom parties you must re-register to vote with one of those parties by May 23rd.”

Locally only one of three Inyo Supervisor races will be contested.  District 2 will be a contest between incumbent Jeff Griffiths and challenger Russ Aldridge.  Griffiths and Aldridge were a part of a three-way race during the June 5th, 2012 primary.  Griffiths won that contest outright with 53% of the vote compared to 33% for incumbent Susan Cash and Aldridge’s 14%.

District 4 incumbent Mark Tillemans is running unopposed as is District 5 Supervisor Matt Kingsley.    While the June 7th primary may feel like it’s a long way out, Kammi Foote wants folks to be prepared, “I would encourage anyone who wants to vote in this election to register as soon as possible then we we can ensure we get you your voting materials on time”

May 23rd is the deadline to register for the June 7, 2016 election in California.  You can pick up a registration card at your local post office or visit registertovote.ca.gov