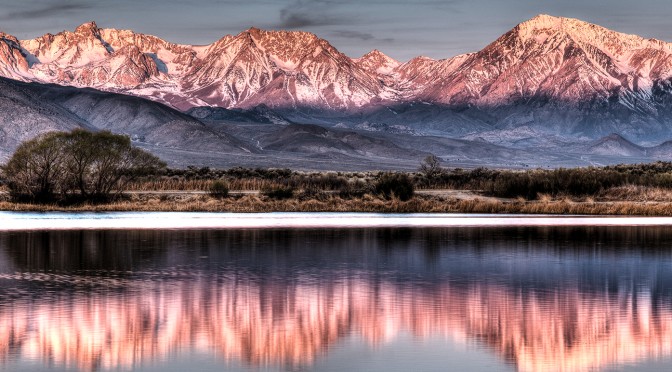 Dr. Johnson’s Key Points:
Evidence shows that influenza activity continues both in California and nationally. Increases in flu activity may occur in the coming weeks. Although unpredictable, the flu season usually peaks in mid-February. We are experiencing a later peak this year.

This year’s vaccine is a close match for the types of flu in circulation, and is one of the most effective seasonal influenza vaccines in years.

All orders and recommendations for masking of healthcare workers who have not been vaccinated will continue to be in effect until further notice!

In addition to getting vaccinated, everyone should:
Try to avoid close contact with sick persons as much as possible.
Stay home from work or school when you are sick!
Wash your hands often with soap and water or alcohol-based hand rub.

Regional Perspectives:
Sierra Park Clinics (Family Med and Pediatrics in Mammoth Lakes) and Mammoth Hospital Emergency Department (ED) are continuing to see increased #’s of patients with influenza-like illness (ILI) as compared to baseline. It is too early to tell if flu-like activity has peaked or not.

Northern Inyo Hospital (Bishop) is reporting some RSV, positive influenza tests in the ED and clinics, and several inpatient pneumonias.

Alpine County’s Health and Human Services Department has been decimated by a cluster of employees with ILI over the last few weeks, with a confirmed positive test for the Type A H1N1 virus in one employee.

Southern California counties are still reporting elevated levels of flu activity, although declining. The overall severity is less than last season. However, flu detections and flu-related deaths are still 2-4 times the average for this time of year.

National Perspectives:
This has been a relatively mild flu season, with a peak that began later than usual. Influenza activity continues to be quite strong over most of North America and Europe. If this is seen year after year, it will require a review of vaccine recommendations and perhaps deliberation on the length of the official flu season.