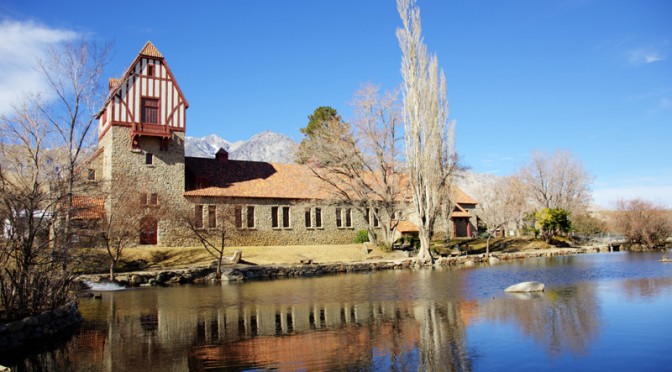 On January 6, 2016, a set of candidates campaigning on a platform of open communication and government transparency was voted into office at the Fort Independence Paiute Tribe. Longtime Owens Valley community member and former Tribal Vice Chairperson Norm Wilder was elected Chairperson, tribal member and medical professional Karma Henry was elected Vice-Chairperson and long time tribal activist Stephanie Arman was elected to the position of Secretary-Treasurer.

The Fort Independence Paiute Tribe is the smallest of the four Owens Valley Native American Tribes with approximately 160 members, of which about 80 live locally. The tribe has operated a travel plaza, cafe, convenience store, RV Park and small Casino about 2 ½ miles north of Independence since 2008. Though the operations early years were marked with setbacks, the Travel Plaza and Casino are now recognized as one of the busiest on Hwy 395 and have won a number of awards and accolades.

Wilder, Henry and Arman have vowed to continue to focus on growth for their economic development projects and have promised to put in place a clear business plan that will result in continued growth as well as many more employment opportunities for Paiute community members and local citizens alike.

Wilder has formerly been Vice-chairperson for the Fort Independence Tribe, and has been employed as a water operator for the tribe, the county and for the Los Angeles Department of Water and Power for the past several years. Wilder is married, has three children and is a trustee on the Owens Valley School Board. He’s also in highly involved in the local 4-H program, various youth programs and believes its important Tribal leaders be positive role models not just in their own tribal communities but in their broader local communities as well.

Henry has over 20 years of experience as a surgical technician, which has honed her communication and organizational skills. She is also an artist and intends to use her creative problem solving while effectively listening to the needs of her constituents. Henry is married and busy raising her daughter while maintaining a new art practice and settling into her new position. She currently resides in Frazier Park, CA. and travels to Fort Independence as needed.

Arman has worked in a variety of positions for the Fort Independence Tribe over the past 21 years. Most recently she has been the Tribe’s Historic Preservation Officer and currently sits on a number local and regional tribal boards. Arman has raised three children in the Owens Valley and is a strong believer in the importance the tribe’s culture and heritage can play in helping its youth find their balance in today’s modern world. Among Arman’s many goals are to give every tribal member a voice in determining the Tribe’s direction as it progresses towards the future as well as ensuring all members have the opportunity in which they can present and resolve their issues and concerns.

When asked what immediate plans can be expected Wilder replied, “We feel the tribe is in just the right place to progress and move forward with our long range goal of economic self sustainability. We have a number of younger tribal members wanting to be more involved in their Tribe’s business and social affairs. We welcome their involvement and hope their fresh ideas and enthusiasm will continue to help lead the Fort Independence Tribe towards a progressive and viable future.