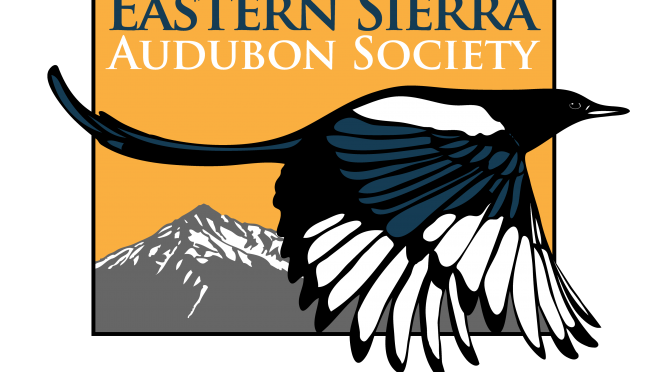 submitted by the LADWP

Despite record drought, participants in the 2015 Owens Lake “Big Day” Bird Counts for both Spring and Fall documented continued high bird use within the Lake’s dust control ponds. The numbers are especially encouraging given that several ponds were temporarily off-line due to the ongoing construction of Phase 7A of the Owens Lake Dust Mitigation Project, including some ponds that are typically quite productive during the bird count periods.

The Owens Lake counts are hosted by the Eastern Sierra Audubon Society and the Los Angeles Department of Water and Power (LADWP) each year to determine how many birds visit Owens Lake and help guide LADWP staff and stakeholders in the understanding and management of bird habitat within dust control areas.

At almost 60,000 birds, shorebirds comprised approximately 60 percent of the overall Spring total, more than have ever been recorded before during a Big Day count. Waterfowl and diving waterbirds, typically found in lower numbers in spring, totaled approximately 3,000 and 4,000 respectively.

For the Fall 2015 Count, held August 20, 2015, in the midst of one of the state’s most severe droughts on record, over 14,000 birds were seen. This is particularly impressive given that late summer is always a tough time for waterbirds in the Eastern Sierra as water resources are typically at a minimum for the year.

The technique seems to have worked given that total bird numbers in August were higher than the last three years. Shorebirds were the most abundant and diverse group as 21 species and over 11,000 shorebirds were recorded. The most notable species found include a Red Phalarope and a Pectoral Sandpiper.

Although all bird species are recorded during the surveys, the populations of specific bird guilds, including shorebirds, waterfowl and diving waterbirds, are of particular interest to stakeholders. Data from Big Day surveys track trends in bird use of the Dust Control Project area, helping guide wildlife habitat management decisions while water conservation efforts are implemented at Owens Lake, and while dust control requirements continue to be met.

The data are also used to refine the Owens Lake Habitat Suitability Model. The Habitat suitability model will be used to guide management and monitor habitat availability during implementation of the Owens Lake Master Project, a long-term collaborative project with the goal of reducing the water usage for dust control while preserving habitat for shorebirds, waterfowl, and diving waterbirds.

Below are the official results for the 2015 Owens Lake Big Day Bird Counts: