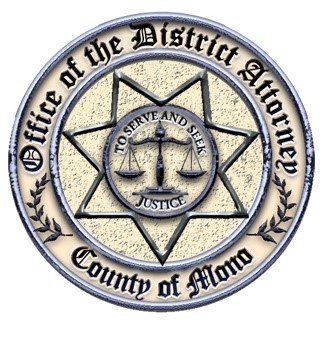 Dempsey family in the courtroom for Sentencing

On September 21, 2015, in the Mammoth Lakes courthouse, Edgar Lee Weaver, Jr. was sentenced for a violation of Gross Vehicular Manslaughter While Intoxicated for the killing of Rebecca Dempsey, 21, of England. The case was handled by Assistant District Attorney Dave Anderson who argued that Mr. Weaver should spend the maximum sentence allowed by law of 6 years in prison for the offense. After the court weighed all the evidence and considered the parties arguments, the court sentenced Mr. Weaver to four years in state prison.

Ms. Dempsey was killed on October 6, 2014 in Mammoth Lakes after accepting an invitation from Mr. Weaver to ride as a passenger on his motorcycle. Mr. Weaver lost control of his motorcycle on Meridian Blvd just before the Meadowridge Condos. Mr. Weaver had a blood alcohol level of .22 and a speed investigation concluded he was driving at a minimum of 76 mph in a posted 40 mph zone when he lost control going into a sharp curve. Ms. Dempsey was pronounced dead upon arrival at Mammoth Hospital.

Ms. Dempsey arrived in Mammoth a few months earlier on a work visa after graduating from a university in England in May 2014. She was scheduled to return home the following week.

Ms. Dempsey’s mother, father, sister, and aunt traveled from England to be present at sentencing and spoke to their difficulty in the past year. Additionally, a number of Ms. Dempsey’s friends made the trip from all over California to show their support. Ms. Dempsey’s mother, Karen, also thanked the Mammoth community for the overwhelming support shown to them and their daughter.

Mr. Weaver was remanded into the custody of the Mono County Sheriff for transport to the California Department of Corrections.