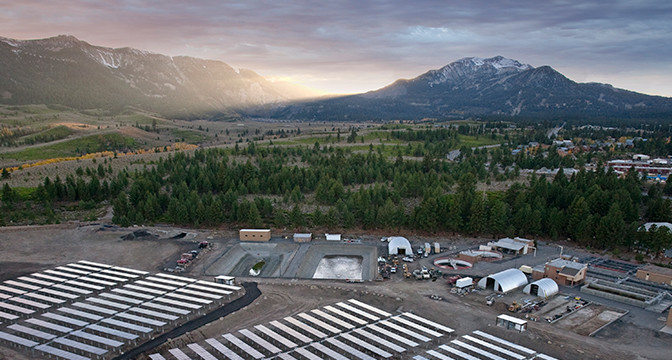 In July, Mammoth Community Water District (MCWD) customers used 85.6 million gallons less than July of 2013. This 38 percent reduction exceeds the MCWD’s Level 3 reduction goal of 30 percent.  General Manager Pat Hayes remarked, “These savings demonstrate the whole community understands the severity of the drought and they are pitching in to help our water supplies last through the summer. We’re still in a critical position with our water; everyone needs to keep up the conservation effort.” The year 2013 is being used as the baseline for comparison purposes by the state and MCWD.

The July rains and cooler temperatures in Mammoth Lakes did not replenish groundwater or surface water supplies used by MCWD for the community, according to MCWD Operations Superintendent, Karl Schnadt. As a result, MCWD customers remain under Level 3 Water Shortage conditions.

The MCWD has been almost entirely dependent on groundwater supplies from nine production wells since last year. After four years of below average runoff and higher than normal pumping, the water table is showing the effects of the drought.  Three wells are operating on a limited basis due to low groundwater levels and a fourth is approaching the same status. Currently, the available surface water supply is being saved for emergency uses.

Under Level 3 restrictions, parks, schools and golf courses are operating under conservation plans that have been submitted to MCWD.  These recreational facilities have reduced their irrigation usage by more than 30 percent in June and July and are allowed to irrigate outside of restricted days of the week and hours as long as they adhere to reductions outlined in their conservation plan.  All customers are encouraged to visit the MCWD website for a list of the current restrictions.