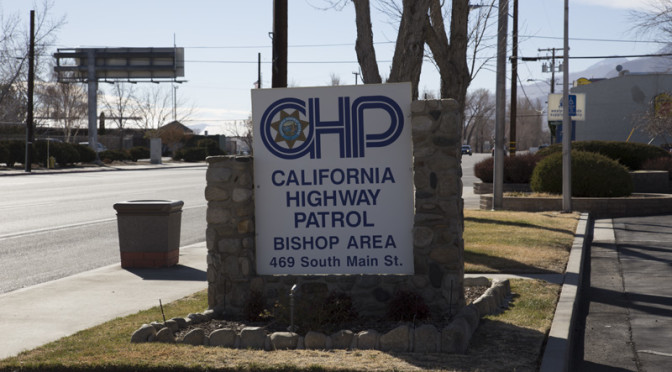 The California Highway Patrol has released details from a July 4th traffic accident north of Bishop.  The report indicates the single vehicle crash occurred at approximately 10am this past Saturday with 31 year old Benton resident Crystal Lawrence behind the wheel of a 2001 Dodge neon.  According to the accident report, “On Saturday, at approximately 10:00 AM, Crystal Lawrence was driving a 2001 Dodge Neon westbound on Five Bridges Road near Fish Slough Road.  The vehicle collided with a guard rail.  Lawrence fled the scene after the collision and failed to notify authorities of the collision.  During the course of the investigation, Lawrence was located at a residence in Benton,  and she was found to have sustained major injuries from the accident and she also exhibited signs and symptoms of being under the influence of alcohol.  Lawrence was transported to Mammoth Lakes Hospital and she was placed under arrest for Driving Under the Influence of alcohol and for Hit and Run.”