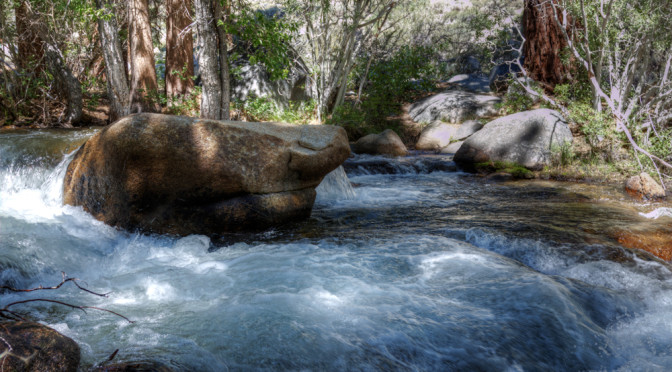 The mood was light and casual Thursday as the Inyo/Los Angeles Standing committee discussed serious business.  The meeting was scheduled to begin at 11am in the Independence board of supervisors chambers, but the pledge of allegiance did not start the session until 11:22.  After the delayed start there was little tension in the meeting, as Inyo and LA representatives agreed on all fronts.

The session opened with the two parties agreeing to a reduction in water supplied to the McNalley ponds and pasture enhancement/mitigation project.   Inyo Water Department Director Bob Harrington noted that the potential pumping wells that could supply the project are in “off” status, and Owens River diversions are not a viable option.

LADWP Aqueduct Manager Jim Yannotta presented the grim numbers associated with runoff and operations.  Yannotta relayed the fact that the anticipated runoff for the first 6 months of the water year are at 25% of normal, and just 36% for the entire year. Yannotta notes this is less than half the flow of the worst year on record.

The operations and runoff update led into the big item before the standing committee, that being irrigation.  Back on On April 27th the LADWP had written ranchers notifying them that all irrigation would end on May 1st, that order was later lifted. At the time the LADWP’s spokesperson Amanda Parsons said, “Collaboration with local partners” will allow the LADWP flexibility with how they distribute water for in-valley uses.  Thursday LA indicated they are able to continue irrigtion to local leases due to approximately 2 thousand acre feet in savings at Owens Lake and by adding 3 thousand acre feet from pumping.  Yannotta indicates the pumping plan is “conservative, and will not affect vegetation or groundwater levels.” Yannotta also noted there is an additional 3 thousand acre feet stored in Crowley Lake that will be released for irrigation.

Staff from both LA and Inyo County indicated they are continuing to work with Memorandum of Understanding members to shift water from the Lower Owens River Project and Owens Lake.  The Sierra Club, California fish and wildlife, the state lands commission, the Owens Valley Committee , and the Great Basin Unified Air Pollution Control District are all a part of the MOU group.   All MOU members need to sign off on any changes.  Between the Lower Owens River Project, Owens Lake, and not supping water to Warren lake, the best estimates show four thousand acre feet of water could be shifted to irrigation. Between projected savings and the revelations of an additional 3 thousand acre feet at Crowley Lake, irrigation water will flow until august. This was certainly good news for ranchers who were in attendance.  Supervisor Matt Kingley was relieved to provide some bit of assurance to local ranchers, “We have bought time, but that’s really important for lease holders, our ranchers. To know that their irrigation is good through the end of July, except for those on creeks that may dry up, that we have no control over.”

Overall,  a clear feel of cooperation dominated the day, as light rain fell in Independence.   “I think the tone of the meting was really positive, obviously we have tough issues we are trying to work though with the city. One thing that I think is important to recognize is that we are all working sort of on one common goal, and that is to figure out the best way to use the water that we have to the best advantage of everyone here in the Owens Valley.”  Said Kingsley.

The next standing committee meeting is set for July 24th, in Los Angeles.