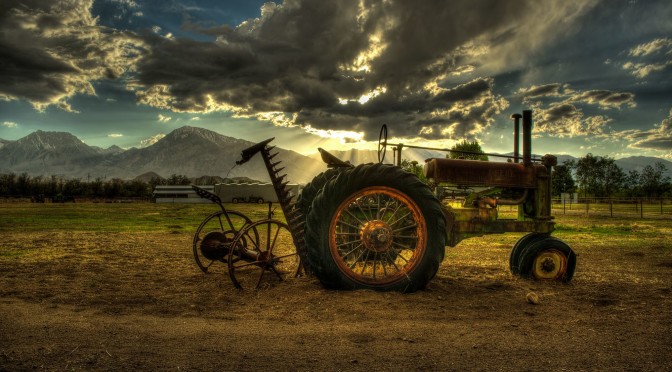 The Inyo County/Los Angeles department of water and power technical group met Monday morning in Bishop to discuss potential cuts to “in valley” water uses that would spare water for irrigation. The meeting included an update on the grim runoff projections with the LADWP letting everyone know that they will not export any water from the Owens Valley into Los Angeles during the first half of the 2015-2016 runoff year, and most likely not until November, 2015. Noting that for the entire runoff year only 42,400 acre feet will be exported. This is due to the fourth consecutive year of extreme drought. How ugly is the picture?…the LADWP estimates this years runoff to be just 36% of normal, compared to 52% last year.

The grim runoff picture means less water will be available for in valley uses, including irrigation and court ordered enhancement/mitigation projects. A major portion of Mondays meeting focused on potential areas where water could be saved to make sure irrigation to local lessee continues. On April 27th the LADWP had written ranchers notifying them that all irrigation would end on May 1st, that order was later lifted for lands in the Bishop cone. At the time the LADWP’s spokesperson Amanda Parsons said, “Collaboration with local partners” will allow the LADWP flexibility with how they distribute water for in-valley uses.

On Monday, officials discussed several areas where water could be shifted. The areas discussed included cuts to Klondike Lake, Goose Lake, Owens dry lake and the Lower Owens River Project (LORP). Any potential cuts would have to be approved by both the Inyo Board of Supervisors and LA officials, and any adjustments to the LORP would have to be cleared by those in the MOU group. Also the State lands commission and the Great Basin Unified Air Pollution control district would have a voice in any adjustments to water going on the dry lake.

Other meeting notes:
Wilkerson Rancher Gary Gilbert is claiming the LADWP violated the long term water agreement when they cut water to his Wilkerson lease. The DWP said their action to cut irrigation was not a violation.

Daris Moxley questioned why the McNally Ponds mitigation project has only received water 7 times since 1991.

Sally Manning questioned the accuracy of testing being done at well 385 located near 5 Bridges Road north of Bishop. Manning spoke passionately about the wells negative effect on fish slough.

Allan Bacoch from the Big Pine tribe noted that the Big Pine area is “being pumped heavily and there are clear impacts.”

And a representative from the Lone Pine tribe noted that pumping has dropped ground water levels 10 feet in the past year.