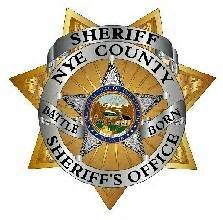 from the Nye County Sheriffs Department.

On May 1st, 2015, the Nye County Sheriff’s Office received a report of a 14 year old girl who had not returned home after leaving for school earlier during the day and was initially believed to be a runaway. Deputies responded to the girl’s address on Isaac Street in Pahrump where the investigation indicated that she may have actually been abducted by a man and a woman, both of who are known to the girl’s family. The suspects were identified as Jason Klipple, age 34 and Tammy Ehart, age 40, both of Tonopah, NV.
Deputies learned that Klipple had been communicating with the girl through social media before picking her up on the morning of her disappearance and before she was able to arrive at school. Detectives developed several leads to believe the suspects may have been on their way to northern Nevada with the child at that time of the report.
NCSO Detectives and Deputies in Pahrump and Tonopah immediately began an intensely coordinated investigation, involving numerous resources and agencies to locate the suspects and the abducted girl.
Several unsuccessful attempts were made to contact Klipple, but Detectives eventually spoke with Tammy Ehart by phone, who provided false information about her identify and location in order to avoid apprehension and prevent the recovery of the child.
The coordinated investigation eventually led to information that the suspects had concealed the child in a moving van and were now attempting to return the child to Pahrump once it became clear that the investigation was closing in on them. Detectives and Deputies eventually located the van in Tonopah and located the child within. She was uninjured and turned over to her family.
Klipple and Ehart were taken into custody. Both were transported to Pahrump and booked at NCDC (Klipple, Kidnapping in the first degree, Conspiracy kidnapping in the first degree, Obstruct Police Officer) (Ehart, Kidnapping in the first degree, Conspiracy kidnapping in the first degree, Obstruct Police Officer, Use I.D. of another to avoid prosecution). Bail in the respective amounts of $225,640.00 and $230,640.00.
The motive for this abduction remains under investigation however it appears Klipple was falsely attempting to convince the child that he was her biological father.
Detectives are following up on several leads. Although the suspects are familiar to the child and her parents, Detectives are nevertheless advising parents to always be vigilant regarding the activities of their children on social media websites and with who they are communicating online.
The investigation is ongoing and anyone with information pertaining to this case is urged to contact the Nye County Sheriff’s Office at (775)751-7000 or by e-mailing ncso_detectives@co.nye.nv.us, attention Detective Cory Fowles.